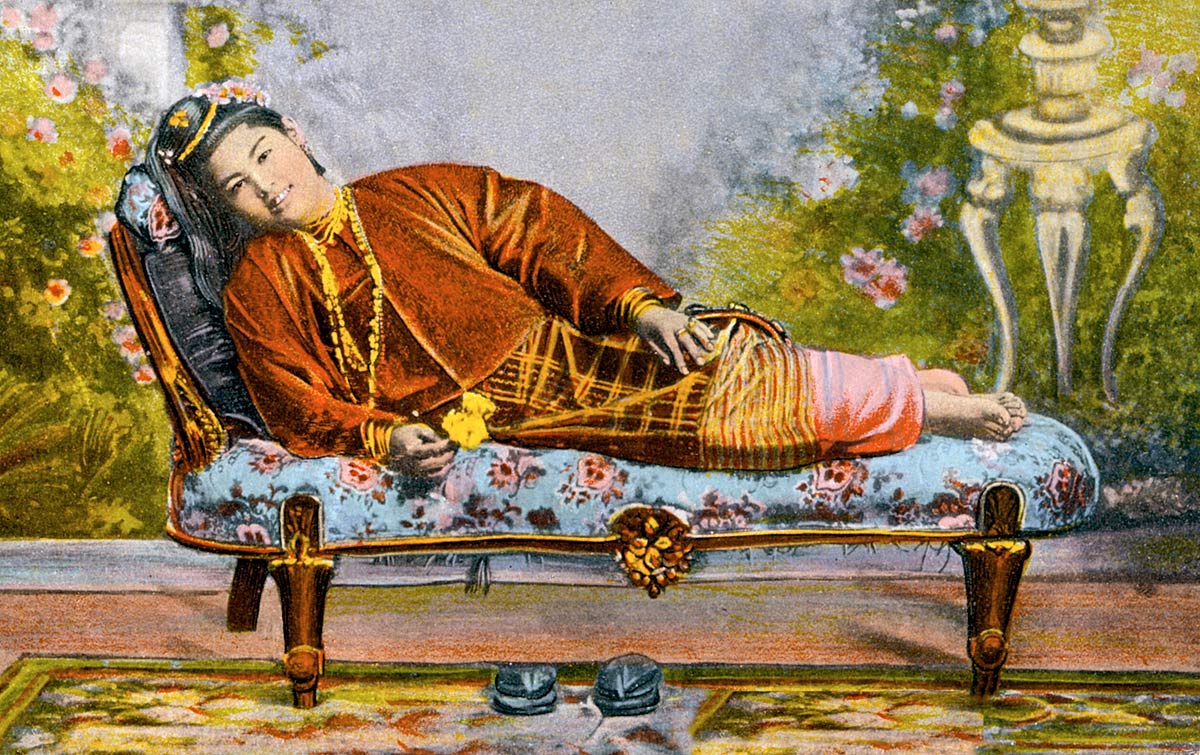 A skirt or longyis is topped by a loosely fitted long sleeve shirt and the lady wears two necklaces, one a choker and another a longer one. Her hair is decorated with flowers to present an image of poise and elegance, in the typical pose of a dancing girl. "Burmese beauty" type postcards were common and rather popular, Tuck's had a number as well. Carmin Berchiolly writes in the recent essay Burmese Picture Postcards in the Early Years something similarly true of the many "Indian Beauty" postcards of the time, inspired by Malek Alloula's analysis of French postcards of Algerian women: "Through this lens, we can question where the trope of the Burmese Beauty fits within the broader discourse of the representation of Otherness. Although Burmese women during the colonial period were not part of the same harem milieu in Algeria, their representation in photographs nonetheless served as a vehicle for the colonial gaze and their own phantasm. Through the removal of the model's individuality and identity, and the process by which they were typified to present a whole gender through the use of oversimplified labels superimposed on the image, Burmese women's agency was at once removed and replaced with a new message. That is, Burmese women became passive receptors for the Western gaze and this objects of fetish that could enter the realm of commodity through the medium of the postcard" (Dhau Bildpostkarten als historische Quellen der aussereuropaischen Geschichte [Postcards as Historical Sources of Non-European History], 2019, p. 79).

Ironically, Ahuja was a Punjabi photographer based in Rangoon, and the had-written message on the back, in this case, was from a Burmese sender: "I hope you are all in the best of health & doing well God bless and keep you all from harm and danger with xtra love & best wishes to you one and all Ao Hun On."