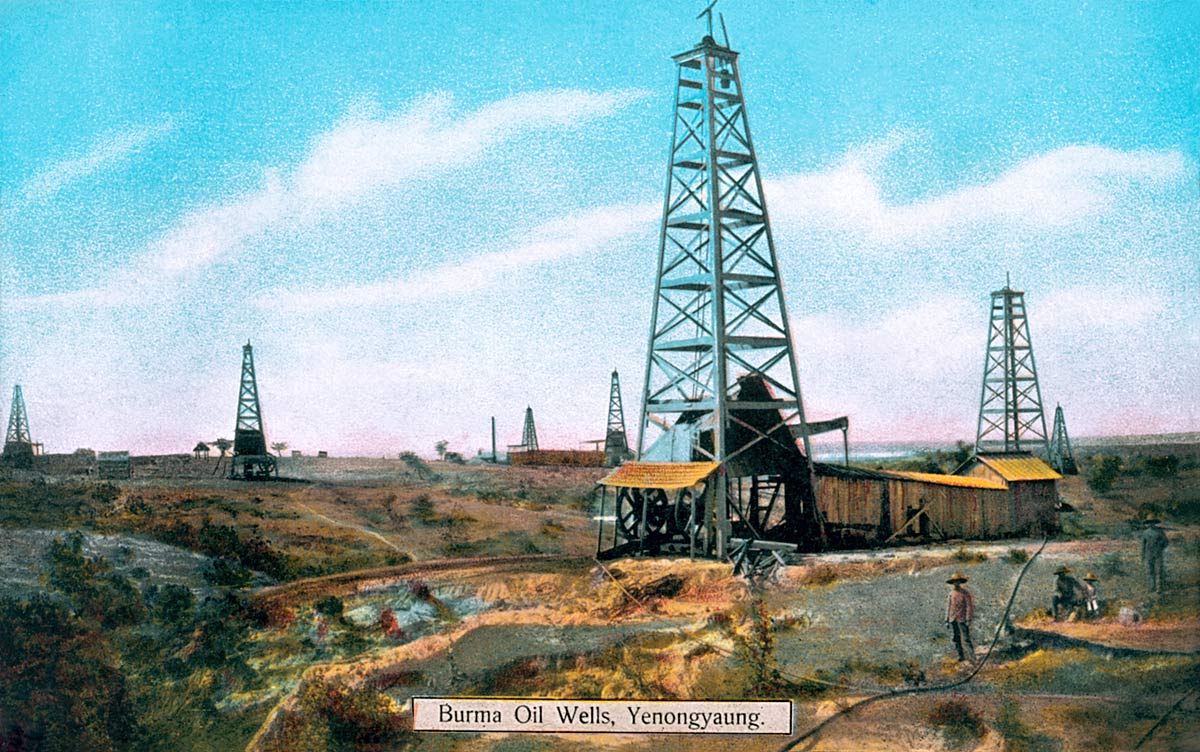 The British discovered that there was an oil industry in Burma even before they got there in 1795, with a number of wells in Yenangyaung in central Burma under the hereditary control of Burmese families. Burma Oil was established in 1871 and started production from these fields in the next decade; its name and the firm lived on until recently as Burmah Shell in India, Pakistan and Bangladesh. It later became Burmah Castrol and then was incorporated into what is now British Petroleum (BP).

D.A. Ahuja, a longtime photographer based in Rangoon [Yangon] published a number of postcards of the oil industry in Yenangyaung, further testifying to its importance in colonial times.