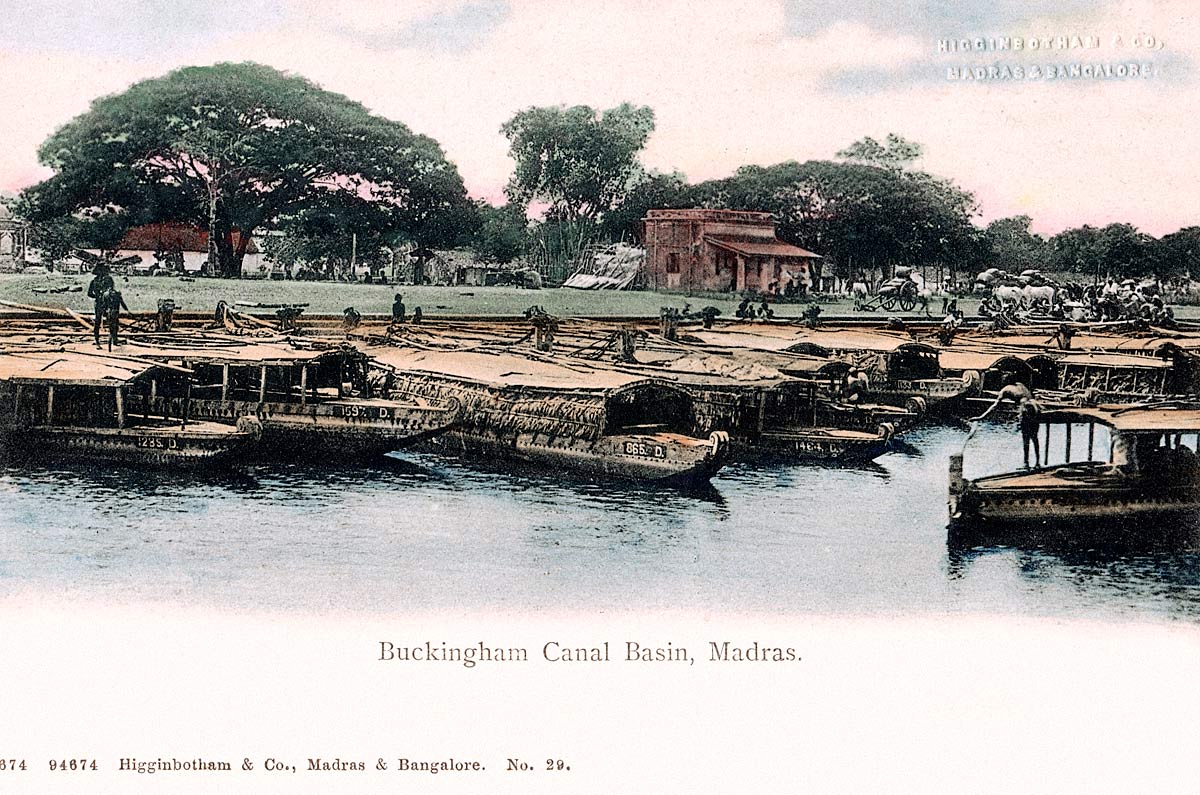 The Buckingham Canal is an almost 500 mile long freshwater canal built in the 19th century that runs along the Coromandel coast in eastern India. It was meant to facilitate navigation and, around the city of Chennai, has been re-purposed for light rail and sewage but is also slowly being rehabilitated.

Note the embossed Higginbotham's brand mark on the top right, which was likely also intended to thwart copyright infringers and indicate that this was a genuine Higginbotham's card. The large bookseller still flourishes in Chennai and Bengaluru.