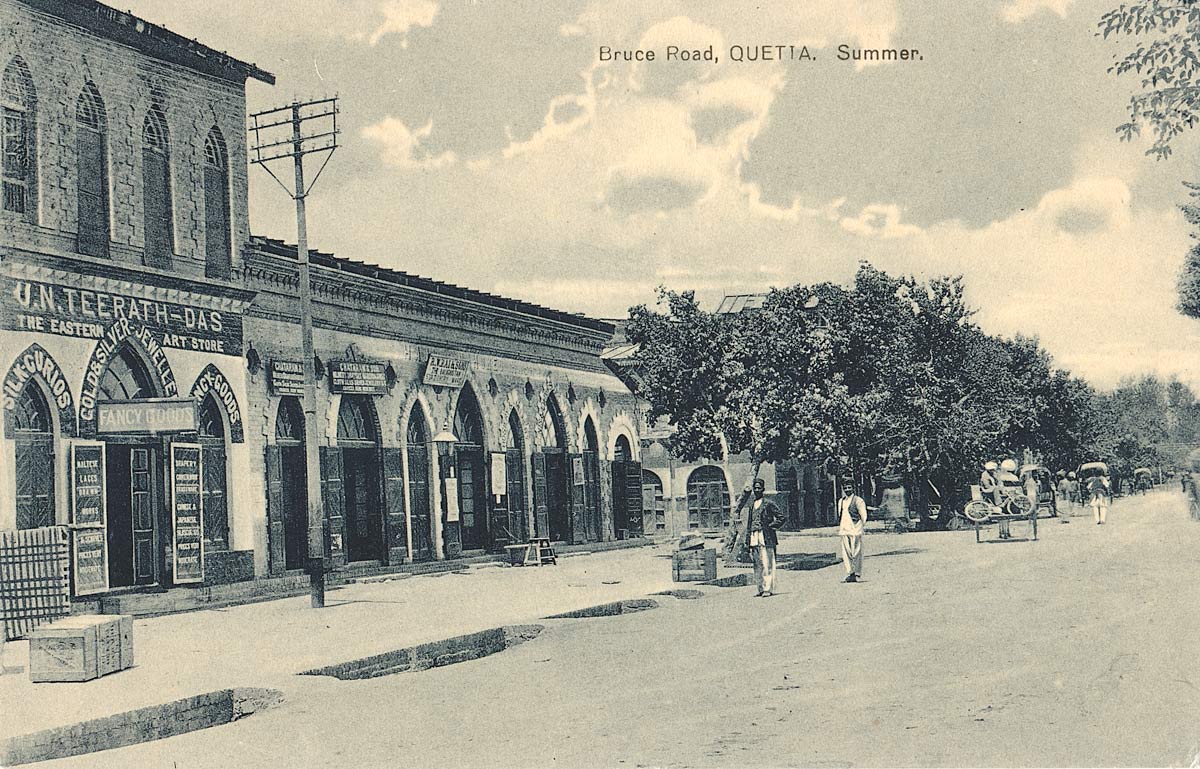 One of the nice things about early postcards like this one of the main street (now known as Jinnah Road) in Quetta, Balochistan are the businesses and names that they reveal. In this case, two stores down from U.N. Teerath-Das, The Eastern Art Store, is the physical outlet of R.W. Rai and Sons, The Balochistan Stationey Mart, publisher of the postcard. R.W. Rai was one of the larger publishers of postcards in the province, using photographs from others, in this case K.C. Marrott, a photographer (and publisher) based in Karachi and later Mumbai, properly credited in the electrotype on the back.