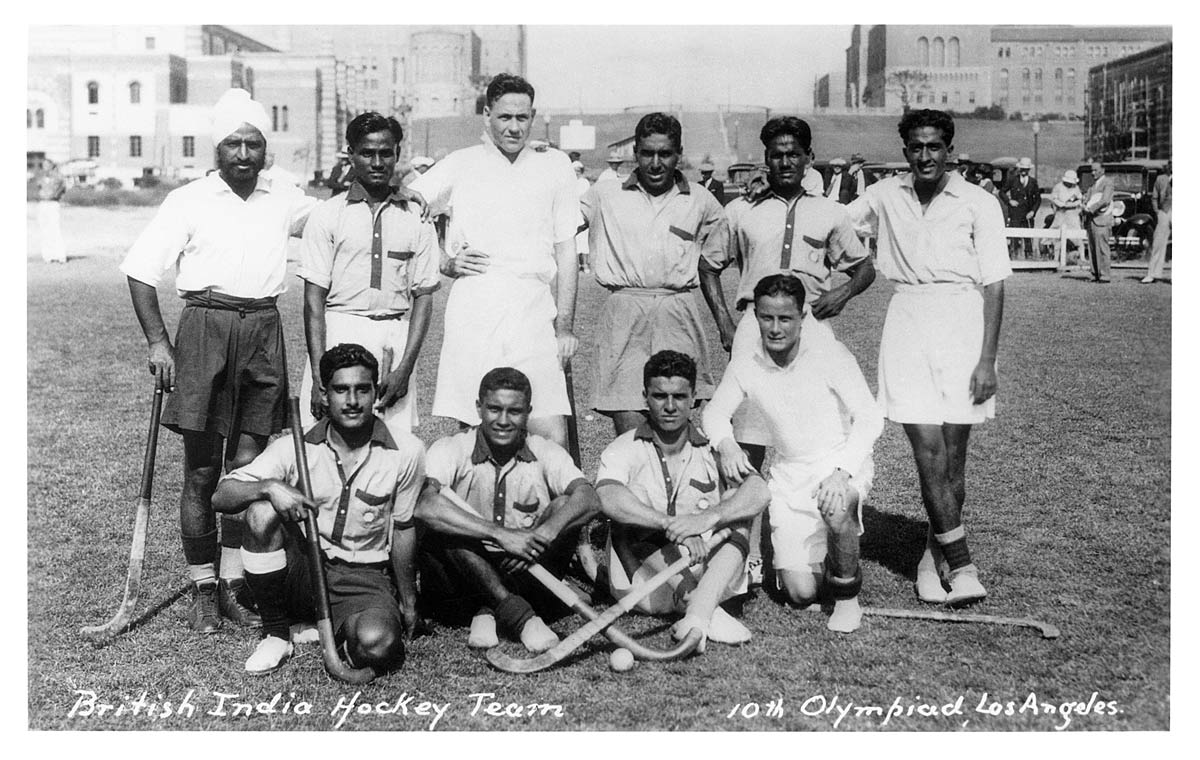 Perhaps the best known image of the gold-medal winning Indian field hockey team at the 1932 Los Angeles Olympics, where they won for the second time. The legendary captain Dhyan Chand is standing second from left, perhaps the greatest hockey player of all time given how many goals he scored, including 4 in the finals against Japan (11-1). Earlier India had beaten the US 24-1, the largest score differential ever in an Olympic hockey game. Roop Singh, second from right standing scored 10 goals in that match, 2 more than Dhyan Chand.