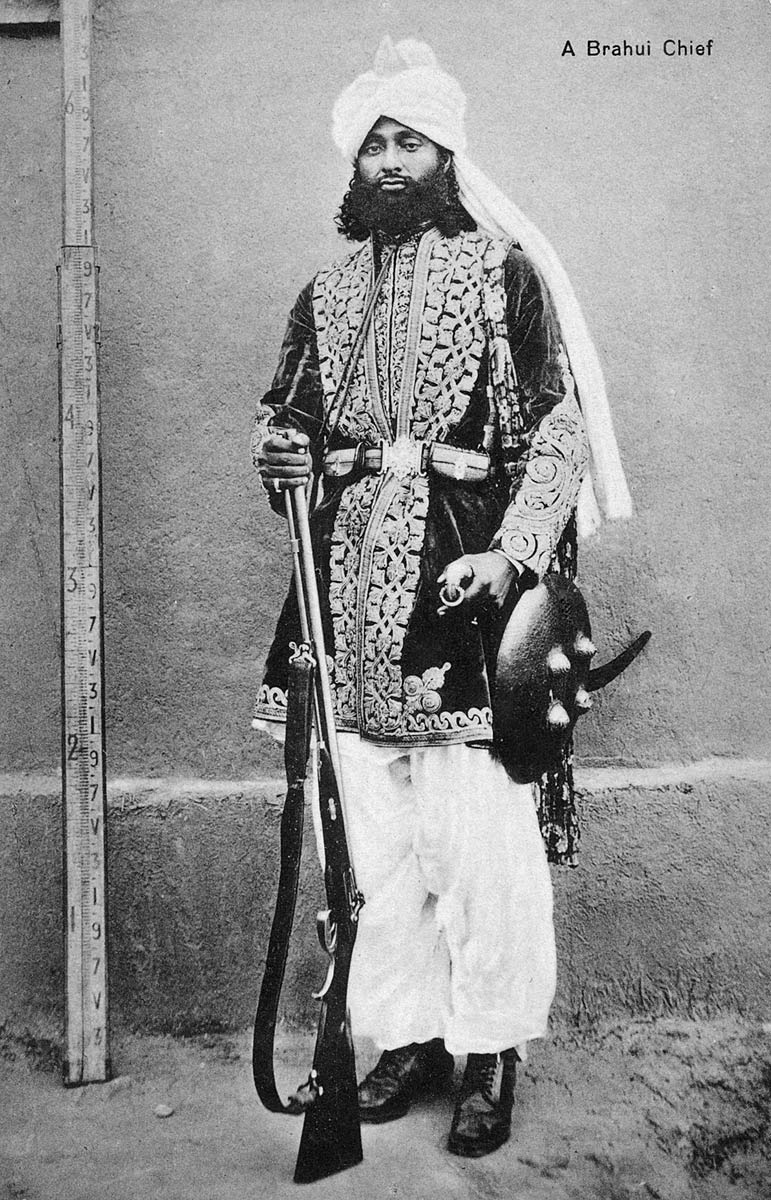 The Brahui people are found in Kalat province of Balochistan, Pakistan as well as Afghanistan and Iran.

The Brahuis are a Baluchi tribe who speak a Dravidian language, similar to those spoken in South India (e.g., Tamil). Although the Dravidian they speak is very old and suffused with words from surrounding Pushto, Baluchi and Sindhi languages, this linguistic connection makes many scholars believe that they are somehow connected to the ancient Indus people who might have spoken a Dravidian language although this is far from proven.

The Brahui themselves were largely settled in the Kalat district of Baluchistan, and ruled by the Khan of Kalat until the late 19th century when the British took over the area. Kalat State enjoyed substantial autonomy, however, and officially joined Pakistan only in 1948 after an invasion by the Pakistan Army. Note the measure next to the Sardar, an indication of the height the Brahui were noted for.