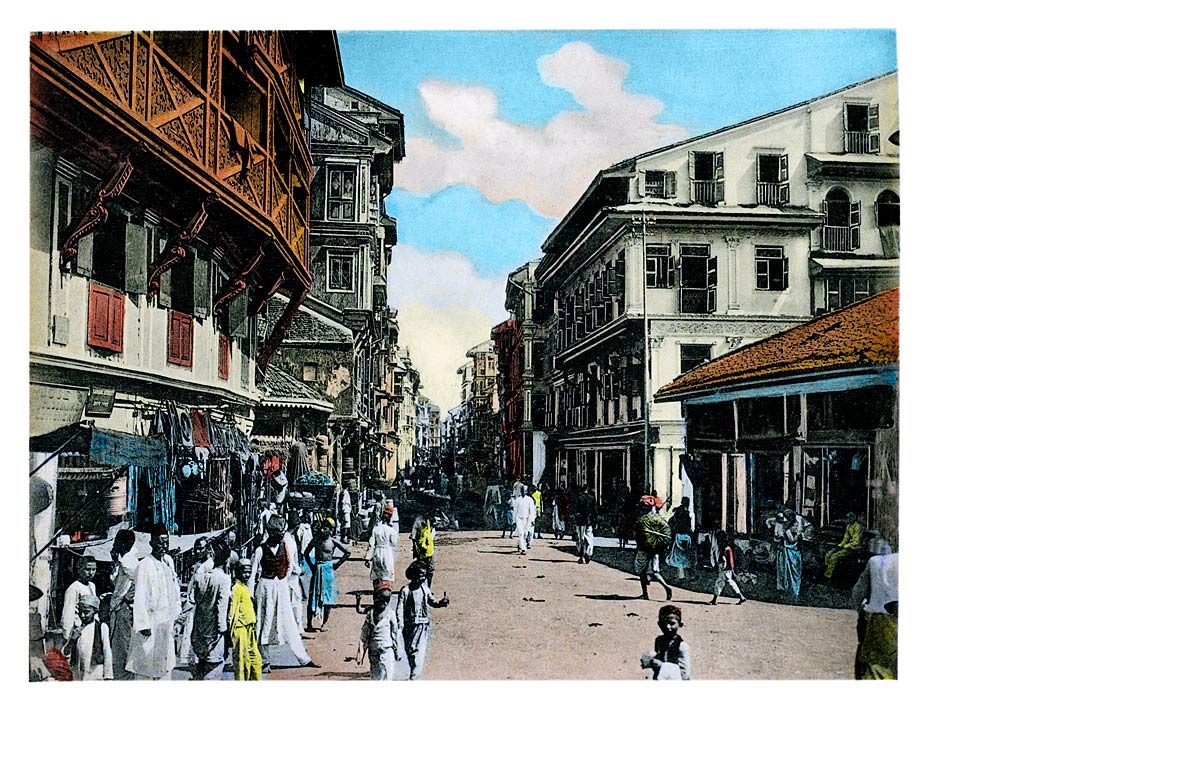 Bourne & Shepherd are said to have begun their photographic activities in 1840, a year after the invention of photography (see Macmillan, Seaports of India and Ceylon, 1928, p. 144, probably due to activities of Charles Shepherd). Samuel Bourne himself was perhaps the greatest early photographer of India, active in the 1860s, and co-founder of a studio in Calcutta that had branches in Bombay and Simla as well and was the studio of choice for the British elite in those places. They were not one of the dominant postcard publishers however, despite being responsible for a number of beautiful cards, sometimes coloured.

This image may be from a Samuel Bourne photograph of the city around 1870, just before he left India. Even then the relatively crowded bazaars helped convey the commercial nature of the city to the world.