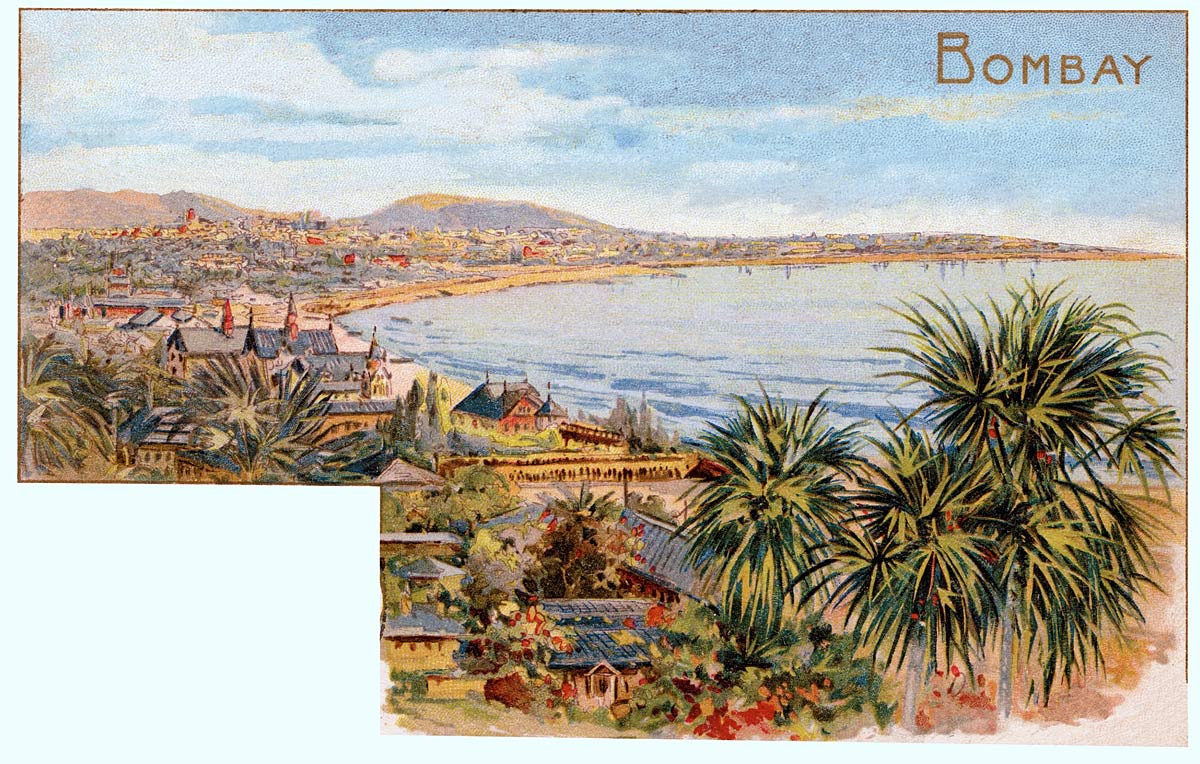 A magnificent early lithographic postcard of Bombay, show Marine Drive before the Art Deco buildings became a dominant feature in the 1930s. The small white square on the left is for the message, this was before you could put that on the back of postcards which only allowed for stamps and the address until a few years later.

It is possible that this card was designed by Paul Gerhardt, a German lithographer at The Ravi Varma Press in Bombay. The palm trees were a Gerhardt staple, and show up in a signed postcard he made of a similar Bombay View.