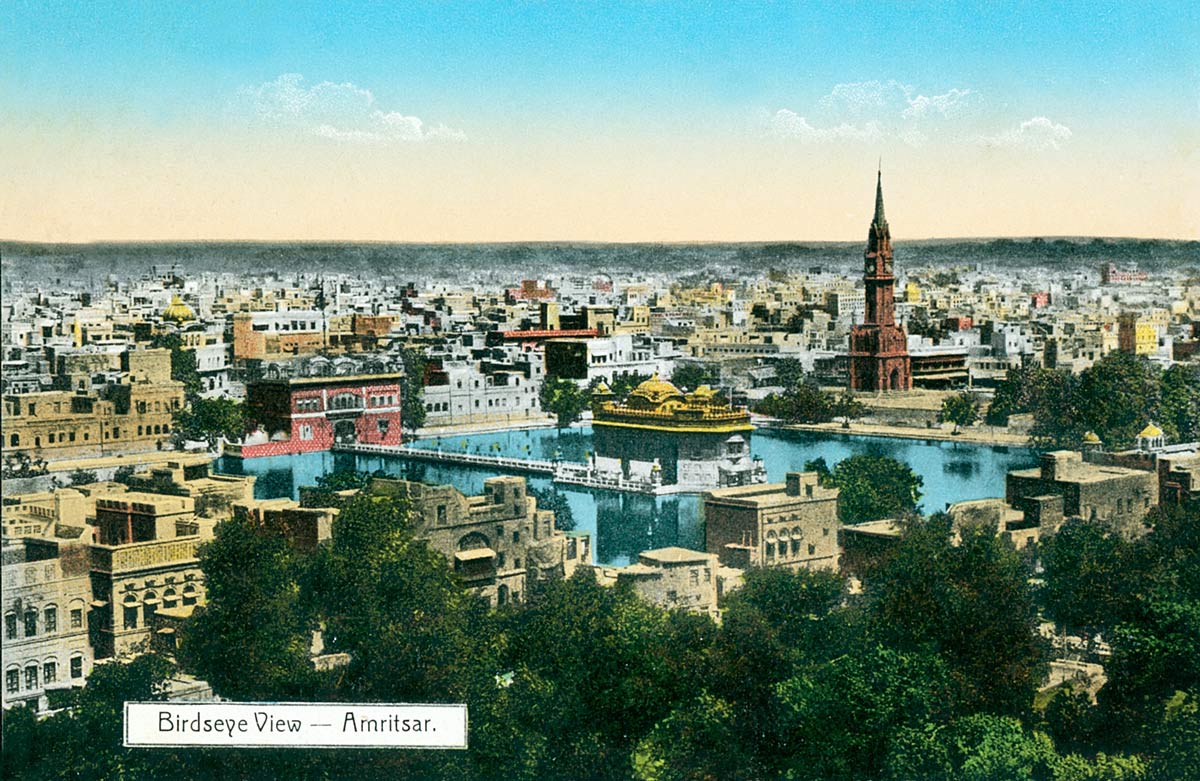 The city of Amritsar includes the holiest Sikh shrine, the Golden Temple.

From the early 1600s to the mid 1700s, the 6th through 10th Sikh Gurus defended the temple against Muslim armies, who destroyed it repeatedly. Each time, it was rebuilt more beautifully by the Sikhs. From 1767 on, the Sikhs became strong enough militarily to repulse invaders, and peace returned to the Hari Mandir.

The temple draws on both Hindu and Muslim architecture. During the reign of Maharaja Ranjit Singh (1780-1839), Hari Mandir was richly ornamented with marble sculptures, golden gilding, and large quantities of precious stones. On a jewel-studded platform inside the sanctuary lies the Adi Grantha, the sacred scripture of the Sikhs. This scripture is a collection of devotional poems, prayers, and hymns composed by the ten Sikh gurus and various Muslim and Hindu saints.

An underground spring feeds the sacred lake where pilgrims immerse themselves in the water to cleanse their souls. Large dormitories and dining halls next door to the temple lodge and feed all persons, irrespective of race, religion or gender.