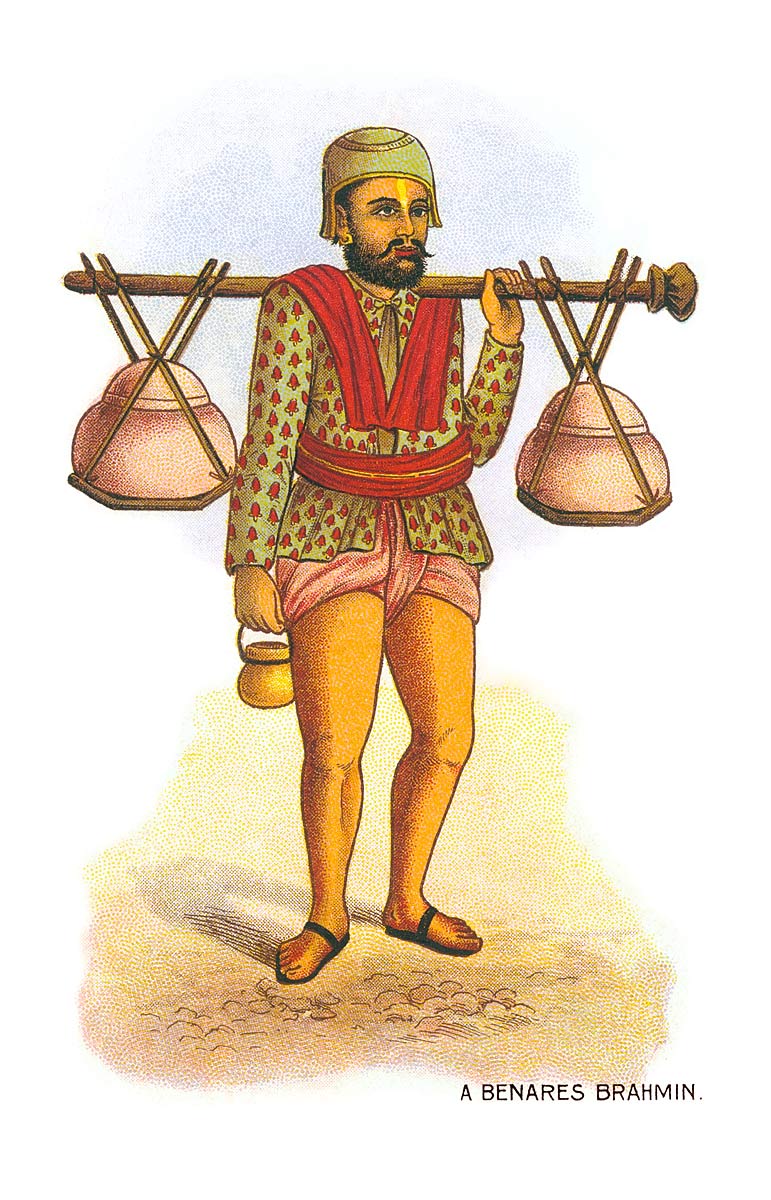 An early (undivided back) postcard from Bombay's premiere bookstore and important postcard publisher and retailer at the turn of the century. This series in particular suggests that the influence of "Company painting," where figures were largely isolated from their backgrounds and presented with the tools by which they lived, had not completely died out (recent work on this tradition, or multiplicity of traditions in the early 19th century, has been discussed in recent books like J.P. Losty's Indian Life and People in the 19th Century and William Dalrymple's Forgotten Masters). These postcards would all have been made from paintings made by an Indian artist, and then sent to Holland for printing as lithographs.