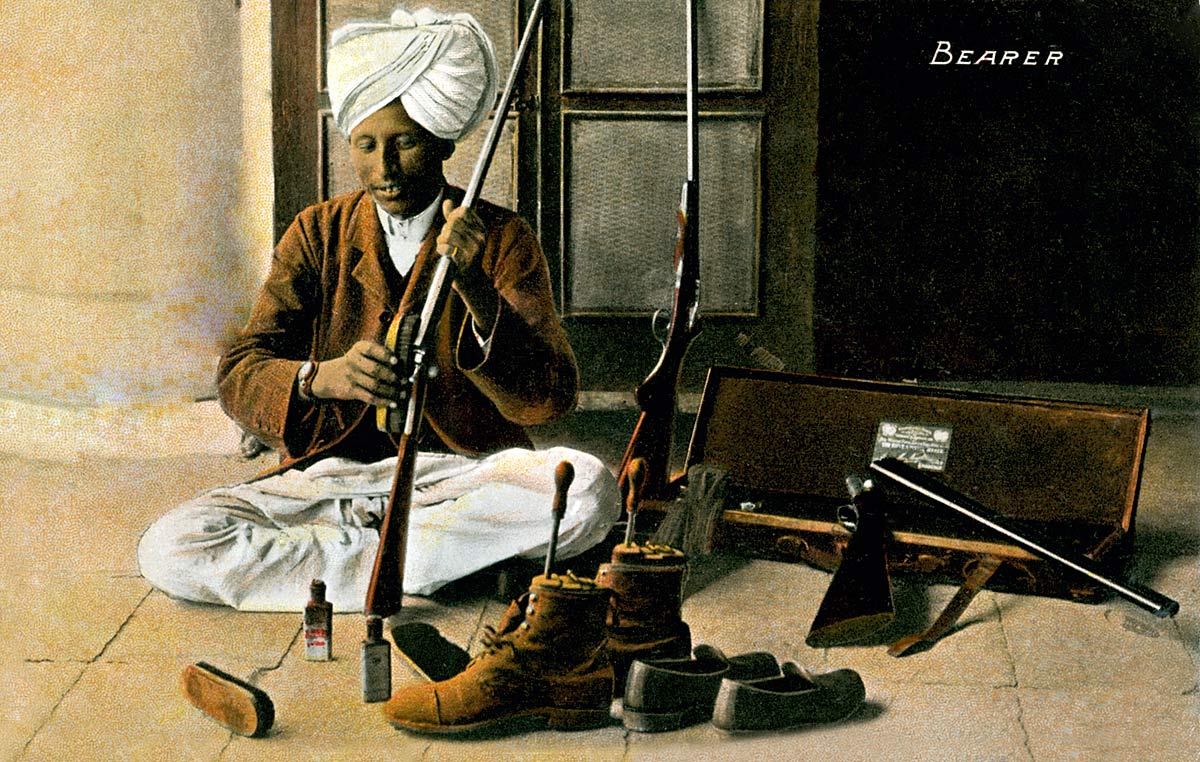 Although Hobson Jobson (1903, p. 77) defines Bearer as, besides a palanquin carrier, also as "b. (In the Bengal Presidency) a domestic servant who has charge of his master's clothes, household furniture, and (often) of his ready money. The word in the latter meaning has been regarded as distinct in origin, and is stated by Wilson to be a corruption of the Bengali vehārā from Skt. vyavahāri, a domestic servant. There seems, however, to be no historical evidence for such an origin, e.g. in any habitual use of the term vehārā, whilst as a matter of fact the domestic bearer (or sirdār-bearer, as he is usually styled by his fellow-servants, often even when he has no one under him) was in Calcutta, in the penultimate generation when English gentlemen still kept palankins, usually just what this literally implies, viz. the head-man of a set of palankin-bearers. And throughout the Presidency the bearer, or valet, still, as a rule, belongs to the caste of Kahārs (see KUHAR), or palki-bearers."

As this postcard shows, the definition of a bearer was quite elastic and included caring for guns as well.