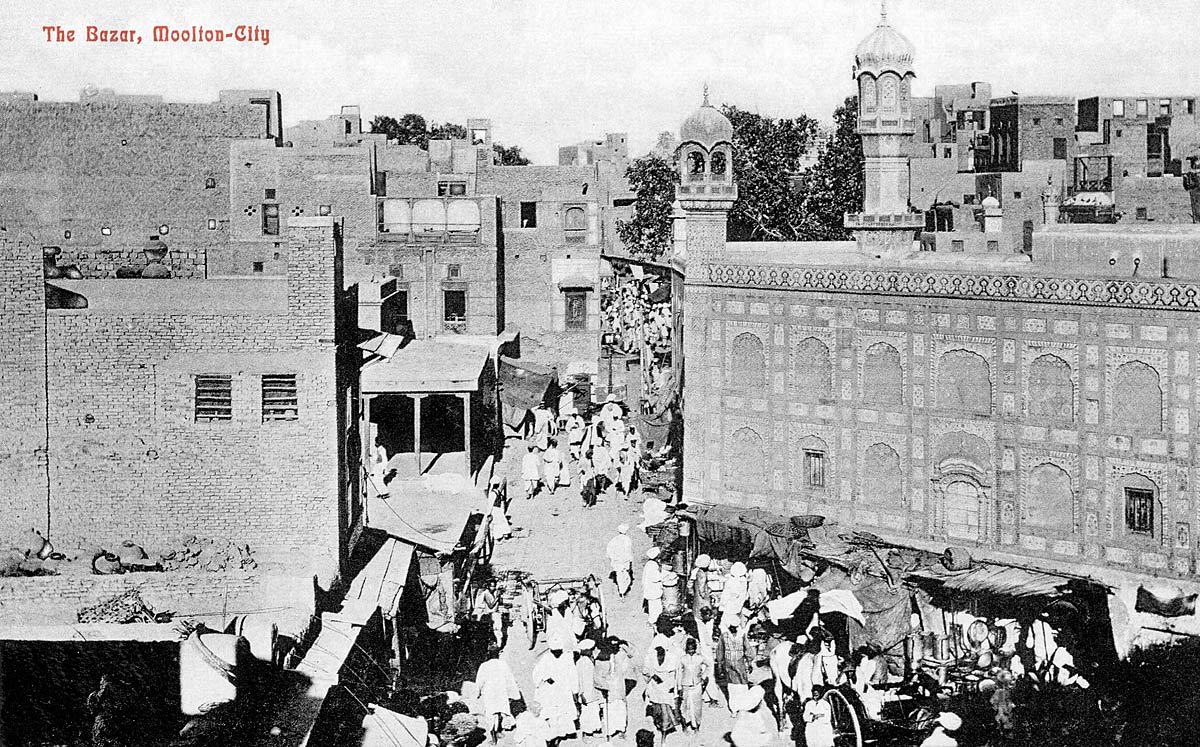 A rare postcard from inside the city of Multan, one of the oldest cities in Punjab if not South Asia. Here Alexander the Great is said to have received the wounds in battle that later led to his death (326 BCE). Multan may best be known for the many Sufi saints buried here, including Shah Rukn-e-Alam (1251-1335). The even more famous, internationally, Shams-i-Tabriz (1185-1248) who mentored Rumi is also said to be buried here in a tomb that bears his name (his better known tomb is in Khoy, Iran). This sort of confusion though testifies to the enormously important long-distance spiritual relationships that existed even that long ago.

The British, on the other hand, saw it this way, [the] "heat of Multan is notorious . . . and the saying goes: Dust, heat, beggars and cemeteries are the four specialists of Multan" (Murrays Handbook, 1938, p. 395).