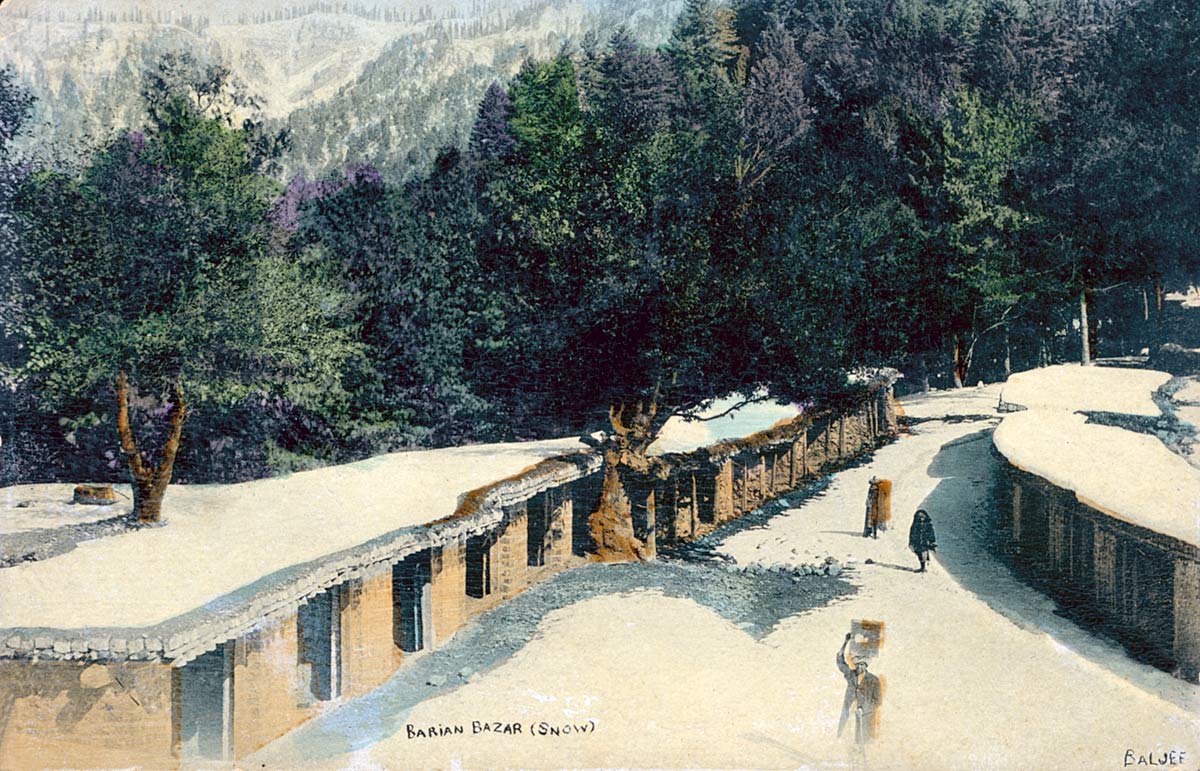 Snow blankets Barian, a town near Murree hillstation in the Punjab. Baljee was an army photographer based in Murree whose large albumen prints (note the title in the negative at the bottom left) were published as coloured collotype postcards. The color was added as part of the printing process as opposed to being added through stencils later; these kinds of postcards were known as "light prints" in German where they were produced. Note how even the ice is tinted bluish between the stores and the road.