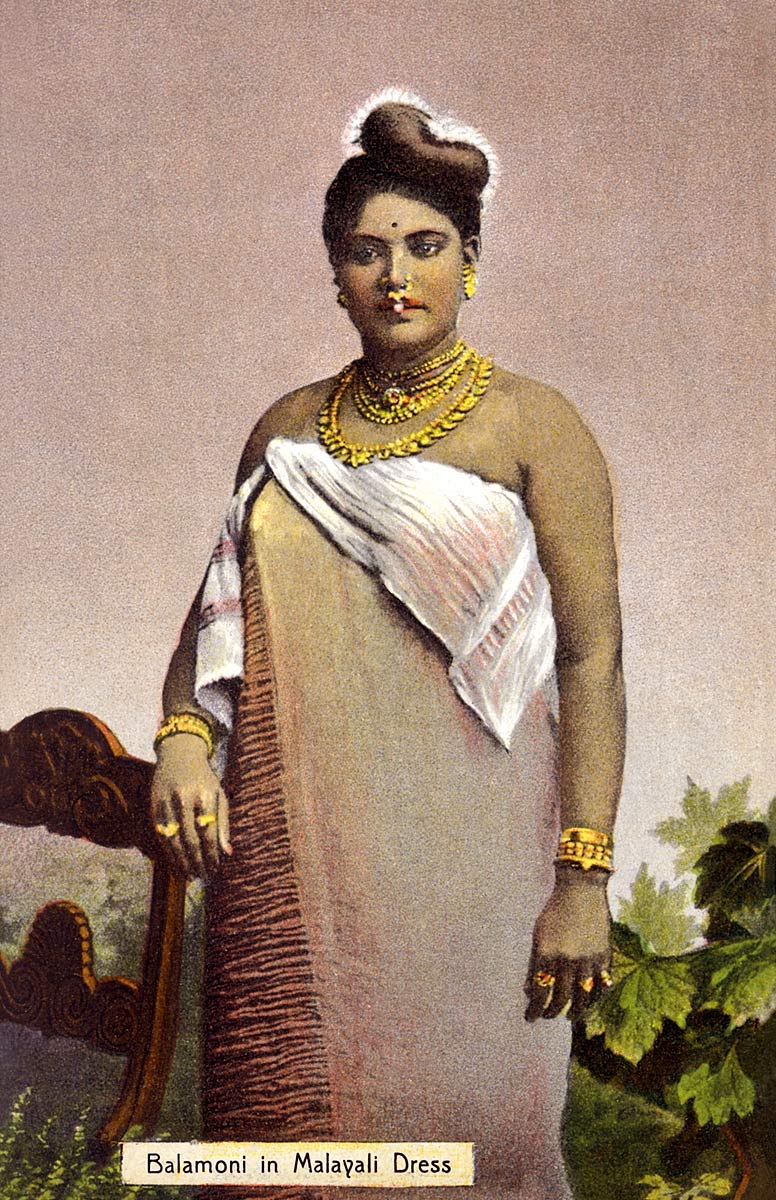 "At the peak of the Tamil drama movement, she created a sensation like no other actor. Poets penned songs in her praise, painters craved to leave their artistic impressions of her portraits, smitten kings and noblemen chased her as their dream girl," writes Veejay Sai of "Kumbakonum Balamani" as she was also known in his recent book Drama Queens (2017, p. 22). No less a writer than the Frenchman Pierre Loti (a favorite of Proust) met her in the late 1890s, and wrote in 1903 of her as "the good Bayadere [Singer]" for her revival of song in Sanskrit and immense popularity in South India. "A bayadere, celebrated as much for her charity as for her grace, lives at Madura," he wrote, and "in accordance wit the usual custom she was at first the favorite of a Nabob, who at his death left her covered with as many previous stones as an idol." (India, p. 114). Balamani was instrumental in the revival of Tamil theater, and once she settled in the town of Kumbakonum, special trains were sent for her performances; her troupe of seventy was entirely made up of women, she pioneered the use of Petromax lamps during performances and was otherwise a unique and wise figure. Loti notes that"last month some European ladies who were collecting money for a Hindoo orphanage came to her, upon which Balamani, with her beautiful smile, handed them a note for a thousand rupees (about eight pounds). She is charitable to all, and the poor know the road to her house very well" (p. 117).

Despite her immense popularity at the time (she died around 1934), it seems that she is best known visually through postcards today; Veejay Sai uses another version of this image published as a postcard by the Phototype Co. among others in his chapter on this extraordinary person.