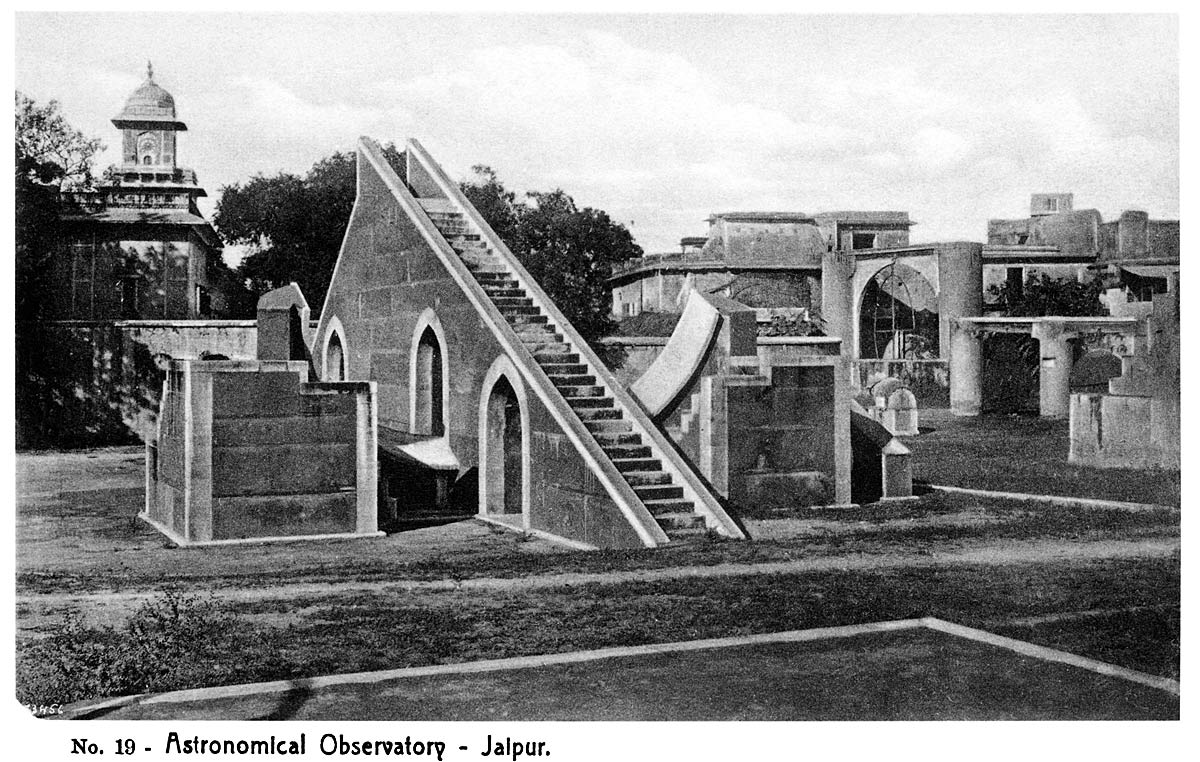 Jaipur’s relationship to the heavens had many facets, from the laying of the main avenue on an East–West axis between “the gates of the sun and moon,” to Maharajah Sawai Ram Singh’s personal fascination with astronomy. He had five observatories built across India in the 18th century, including ones in Varanasi and Delhi. When the Astronomical Observatory – Jaipur was completed in 1734 it was the largest open-air observatory in the world and represented the junction of divine aspiration and terrestrial power (he had Jesuit priests from Europe check his astronomer’s calculations). However, when the Maharajah died, the observatory fell into disrepair, and was not restored until 1901, when postcards like this helped make it into one of Jaipur’s major attractions.