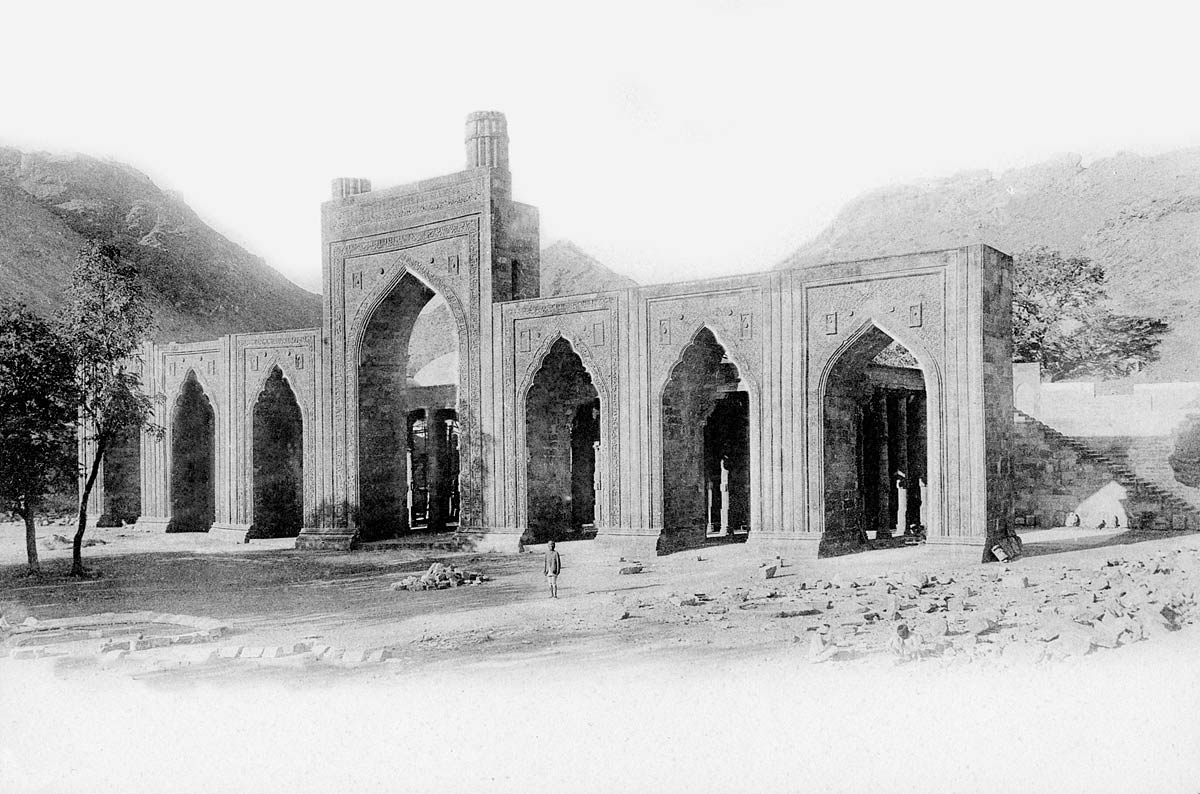 A striking collotype published in many versions by Clifton & Co. The Arhai-Din-Ka-Jhopra was built in the 13th century by the first Muslim Sultan in India, Qutb-ud-Din Aibak, and before him by Abu Bar of Herat, Afghanistan. It was the site of a religious fair that lasted for 2.5 days and probably is why it is also known as the 'Hut of Two-and-a-Half Days.' Another Sultan, Iltutmish, built a screen having seven arches in front of the main hall using stones from nearby Jain and Hindu temples. It is one of the oldest mosques in India and close to the famous Dargah of Khwaja Muin-ud-Din Chishti in Ajmer.