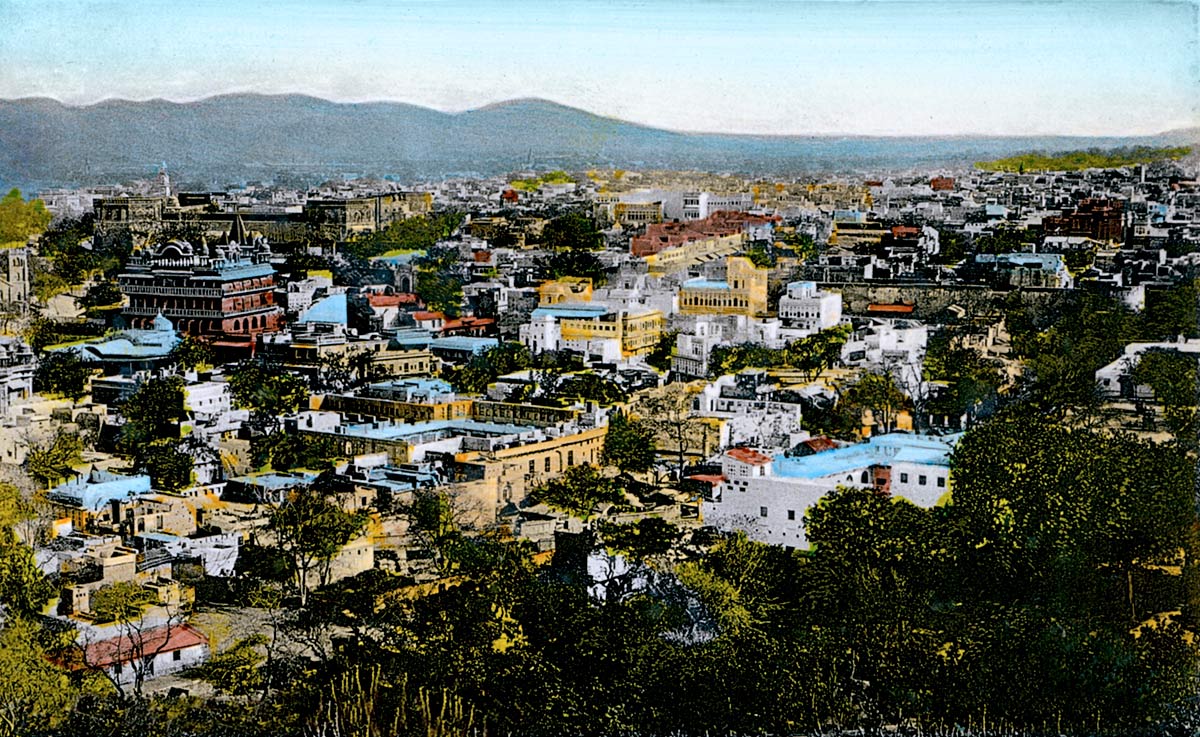 Ajmer, in the middle of Rajasthan, is a known for its tomb of Khwaja Moinuddin Chisti, a Sufi Saint

Raja Ajay Pal Chauhan founded the city of Ajmer in the 11th century, although even older structures have been found in the area. Ajmer was the capital of several feudal dynasties. The Mughal emperor Akbar captured Ajmer in the 16th century and in the 18th, Maratha Hindus from the south took the city. This is a carefully hand-tinted card that almost seems as realistic as a photograph.