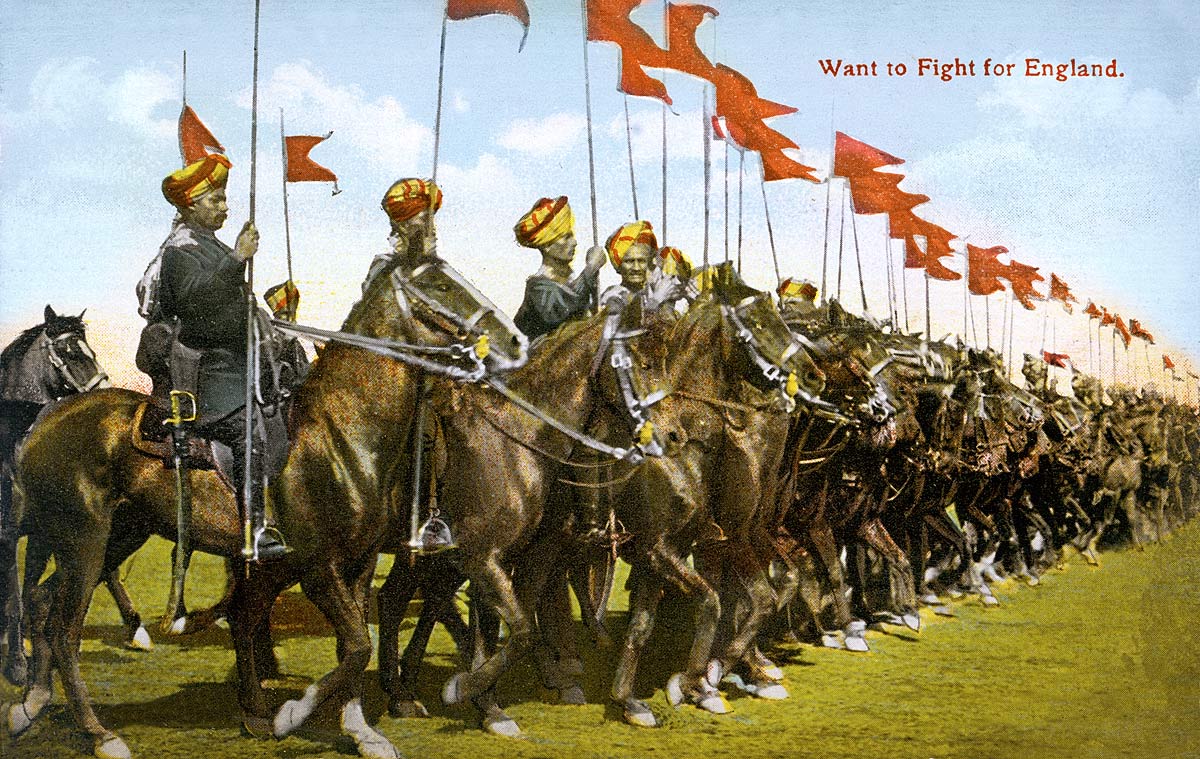 Wanting to Fight for England

Indian cavalry served in France during World War I, even though the use of horses during battle was soon shown to be of limited use during trench warfare. Sir Pratab Singh commanded the forces during the first year at the age of 70.