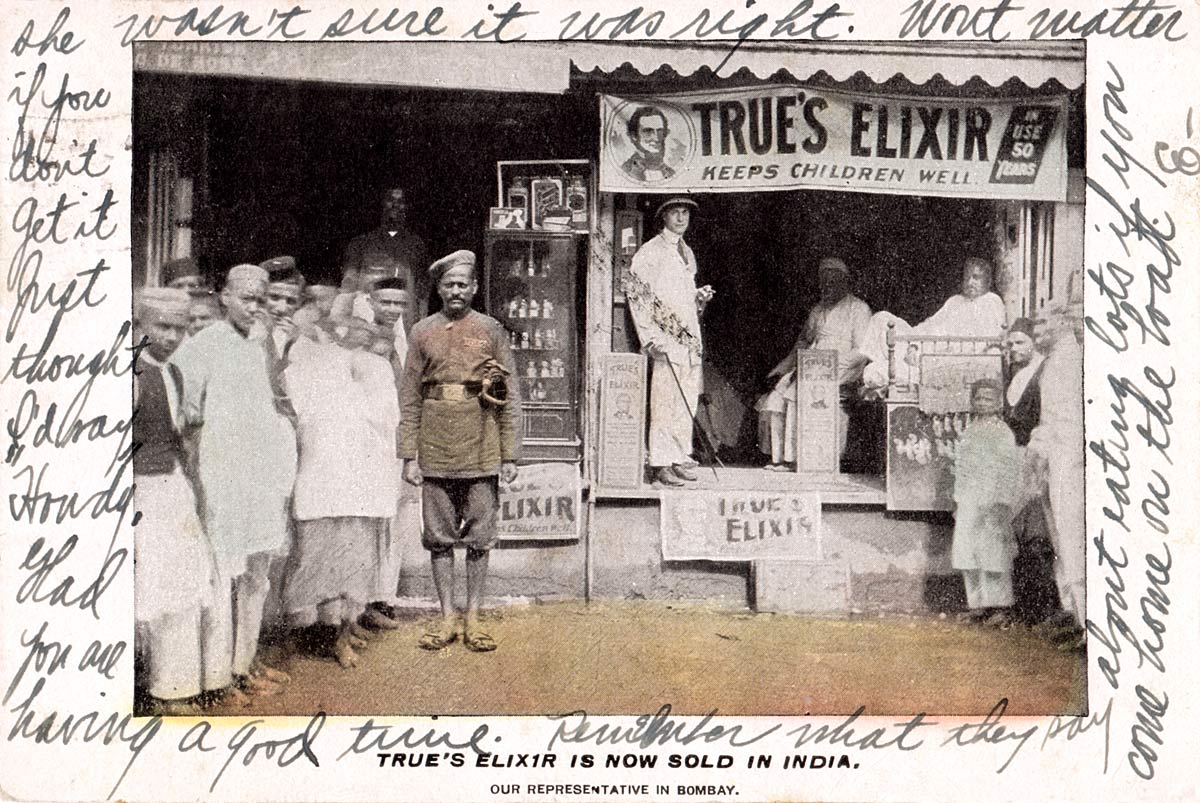 One of those fascinating advertising postcards that sheds light in the little remembered tonics and remedies that coursed the world in the 19th and 20th centuries – and still do. True's Elixir was developed by Dr. John Fogg True in Auburn, Maine, the northern US state in the 1850s. It was said to scientifically deal with all sorts of kids issues, including worms, for which it did include an ingredient that expelled them, among other chemical compounds. Its worldwide success helped was apparently a key component of this small town's economy.

This postcard shows the global reach of this commodity, which cost 35 cents in the US, about $10 in today's money per 5 ounce bottle. A banner with Dr. True (probably, also looks like Abraham Lincoln) hangs over a store in Mumbai, with the white representative, cigarette in hand, underneath. Product banners are everywhere. The ground and a Bombay policeman are hand-coloured. A surprised crowd peers into the camera.

The message is also interesting. Addressed to Miss. Gladys Dyer, c/o Mrs. Walter Blossom, Lynn, Mass. 124 Essex Street, Postmarked June 25, 1910 Auburn Maine, USA: "Told J. was going to speak to you about sending her the prettiest cards, but won't mention it now as I rec'd [received] a pretty one this a.m. You didn't tell me your address so guess you didn't want me to write you. Got it from J. but she wasn't sure it was right. Won't matter if you don't get it. Just thought I'd say Howdy. Glad you are having a good time. Remind for what they say about eating lots if you come home on the boat. E."