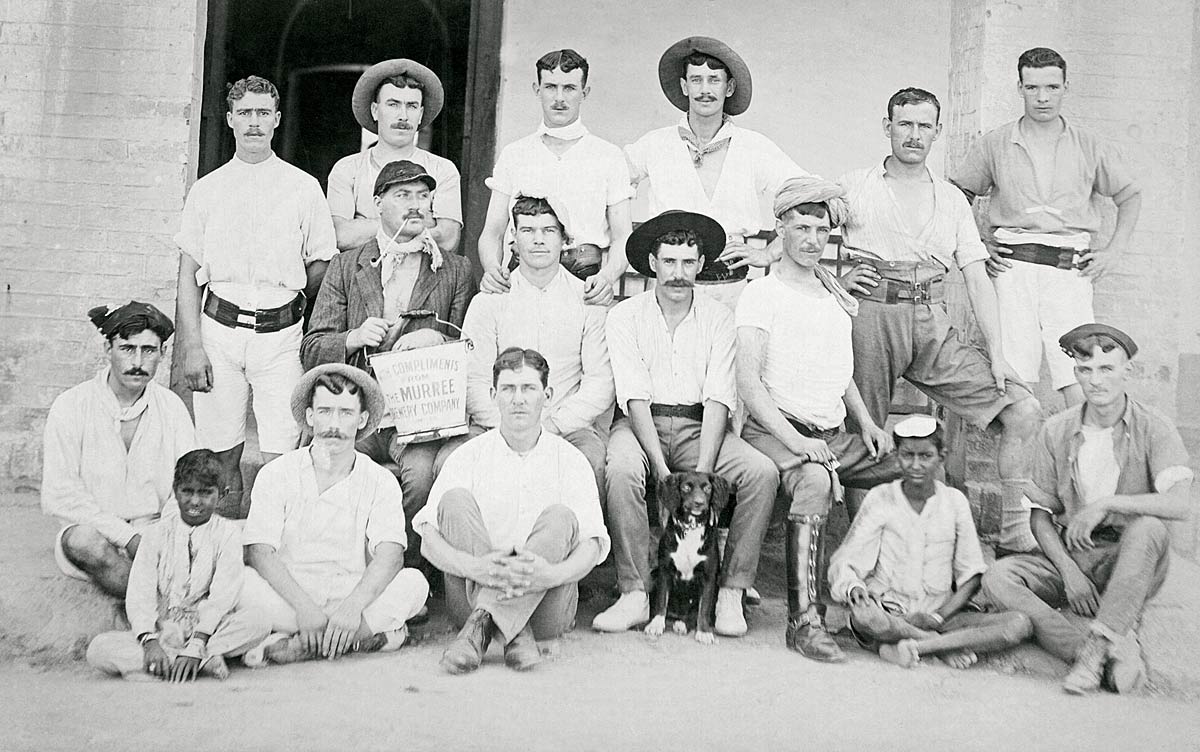 A real photo postcard presented with compliments from the Murree Brewery Company (note bucket in seated man's hands), and title in back in pencil "Camp Adonia." Likely to have been before 1905 because the back is undivided. Note the two local boys seated in the front row; the cast looks like they were in a play with sailors. In hillstations like Murree (in northern Punjab, near Rawalpindi, now in Pakistan) or Simla, theatre was an important part of local life for colonials, with productions often memorialized in photographs.