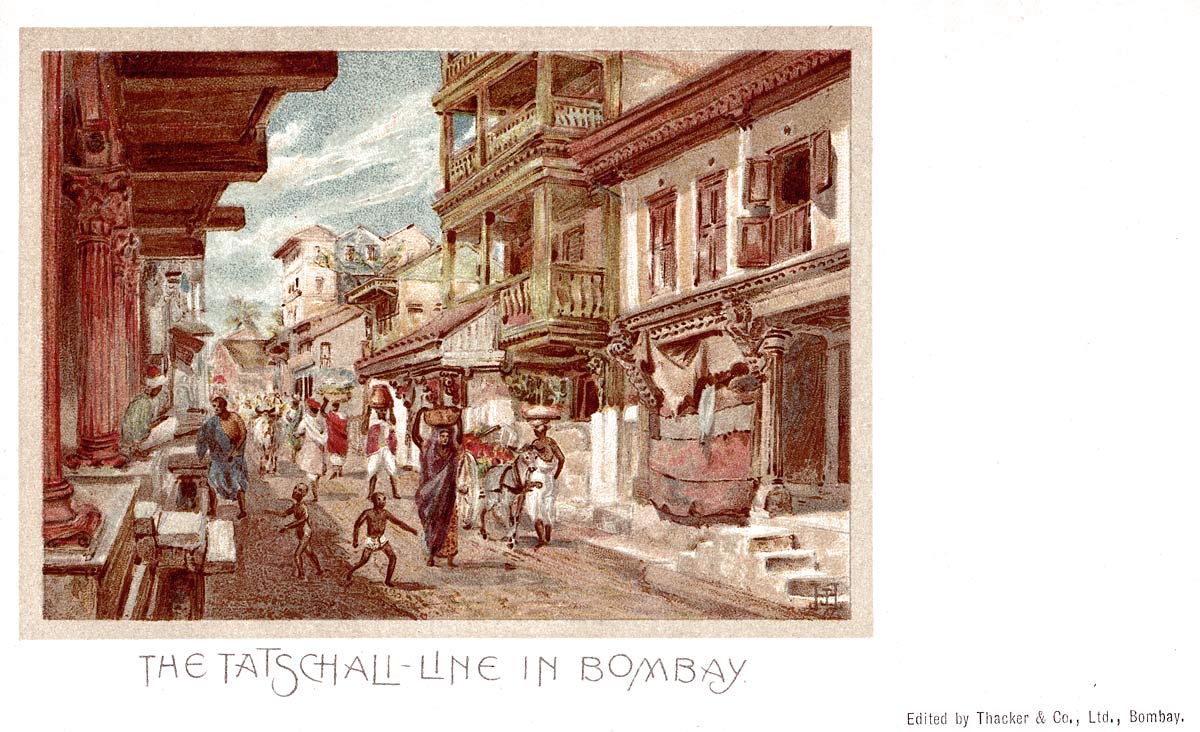 The Tatschali Line in Bombay

Handwritten on the back is this message: "Bombay, March 3, 1903: “Dear little General. This is a picture of the native portion of this city – we do not dare go in it because there are so many cases of plague. Lovingly, Uncle Will.” Although first produced in Vienna by Josef Heim in 1899, from an Aquarelle by the painter Josef Hoffman based on his tour of India in the 1890s, this postcard was "Edited" – that is, sold and distributed in their own imprint – by Thacker & Co. in Bombay, a major retailer in the city in an English-language version.

This particular card is the rarest of the 9 India lithographic cards from paintings by Josef Hoffmann published by Josef Heim in Vienna in 1899, among the earliest known artist-signed postcards of India.