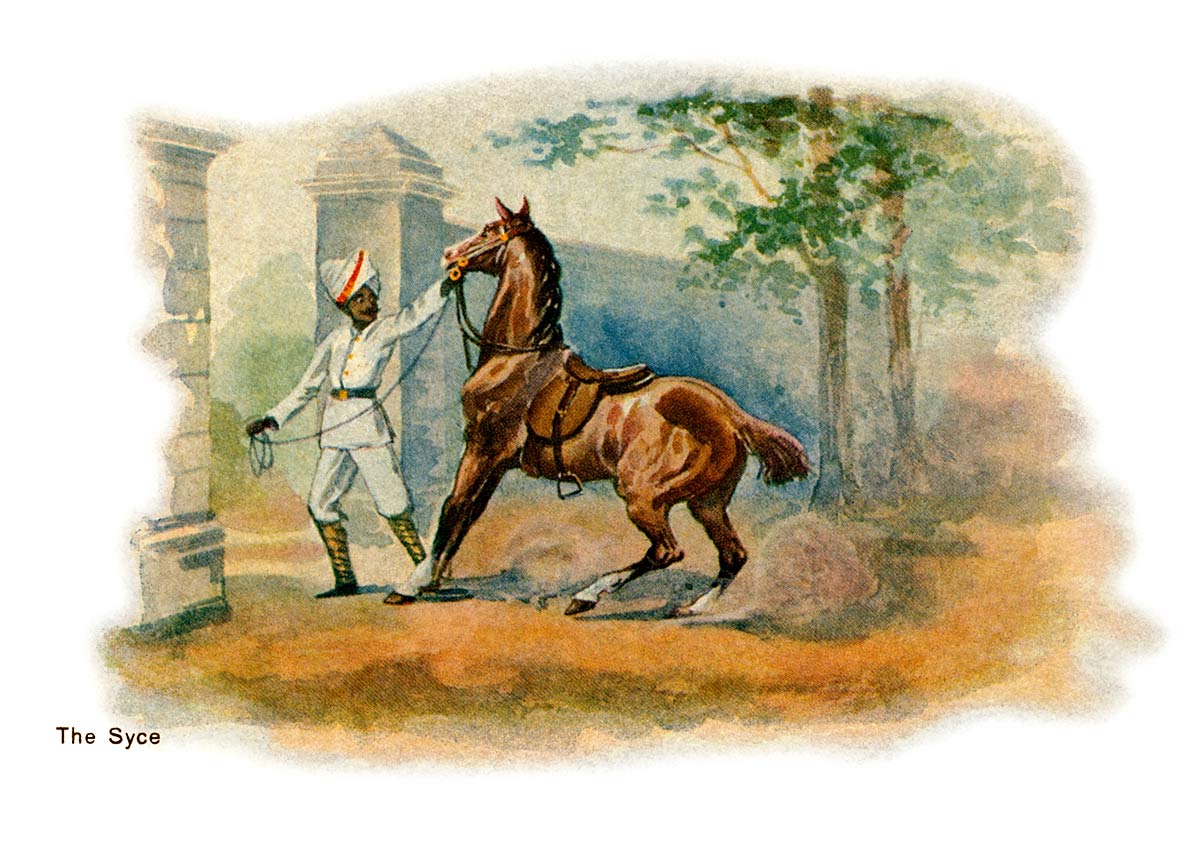 A drawing by the painter M.V. Dhurandhar that animates the meaning of "syce" as having to do with "coaxing." It was defined by Hobson-Jobson (1906): "SYCE (p. 885) SYCE , s. Hind. from Ar. sāïs. A groom. It is the word in universal use in the Bengal Presidency. In the South horse-keeper is more common, and in Bombay a vernacular form of the latter, viz. ghorāwālā (see GORAWALLAH). The Ar. verb, of which sāïs is the participle, seems to be a loan-word from Syriac, sausī, 'to coax.'"