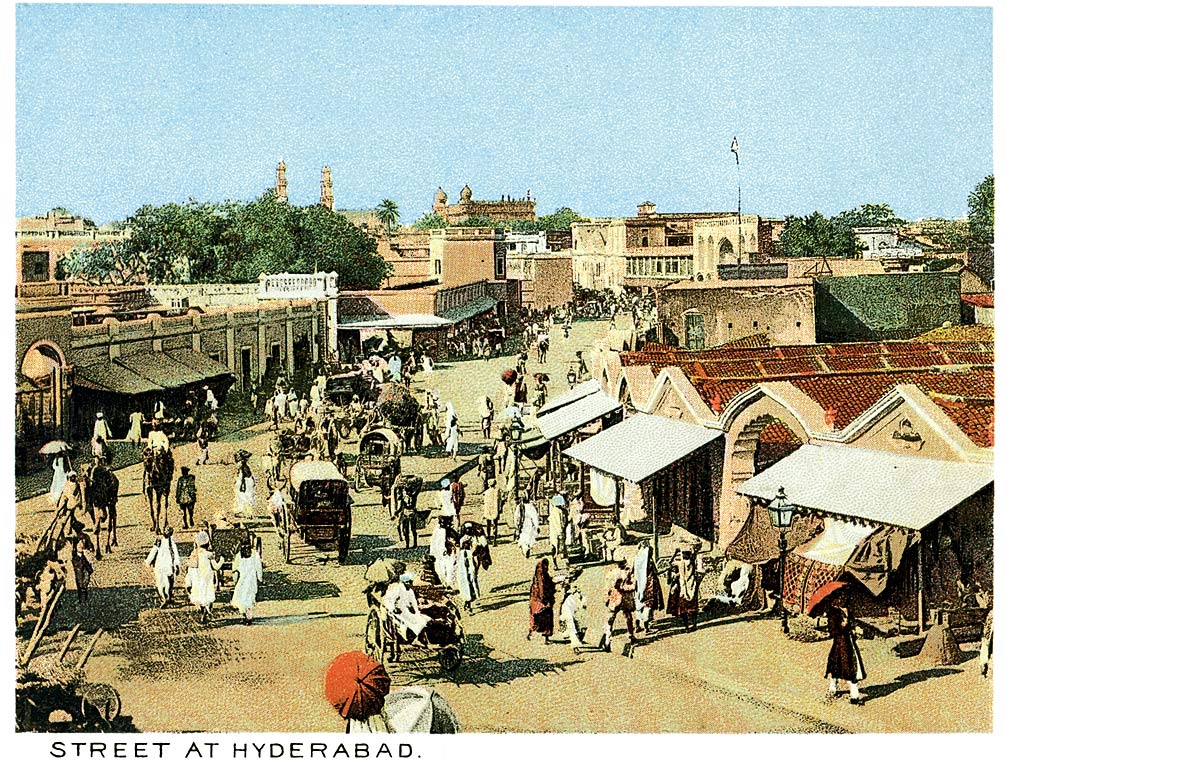 A particularly charming postcard of a city bazaar, with the curve of the street in the foreground, daubs of red on two sun umbrellas, and a variety of carriages plying the mud-baked road.

“Hyderabad is the premier native state of India, having twice the population of any other of the six hundred odd native states, and is to India what Bavaria is to the German Empire. Its capital, too, the fourth city in population in India, has about the same number (448,000) of inhabitants as Munich.” (Eustace Alfred Reynolds-Ball, The Tourist's India, 1907, p. 418).