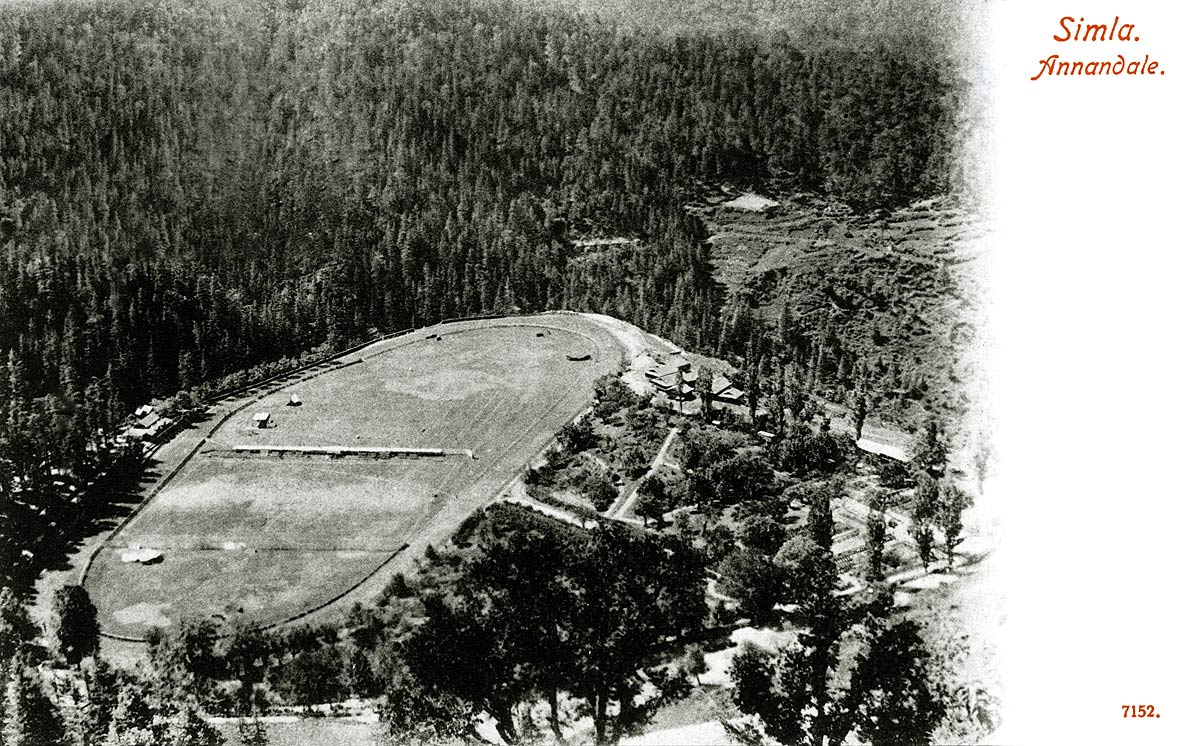 "There is possibly no name connected with Simla which to thousands of Anglo-Indians, past and present, can revive more memories of a pleasant nature than that of Annandale." writes Edward Buck, the longtime resident and master chronicler of the hillstation in his book Simla Past and Present (1904, p. 96). This "small patch of table-land about a quarter mile in diameter" (he quotes another early writer) was a favourite picnic playground for the colonial elite; later the grounds were also expanded for polo matches with the help of funds from neighbouring Maharajahs. Its peculiar name, Buck writes this of "Major Kennedy I believe the first political agent, and one of the first explorers of these hills, was so struck by the beauty of the valley that he named it after a young lady to whom in his boyish days he was attached at home, whose first name was Anna, hence the name of Dale" (p. 97). In other words, "Anna Dale" became, it became corrupted for pronunciation reasons into "Annandale."