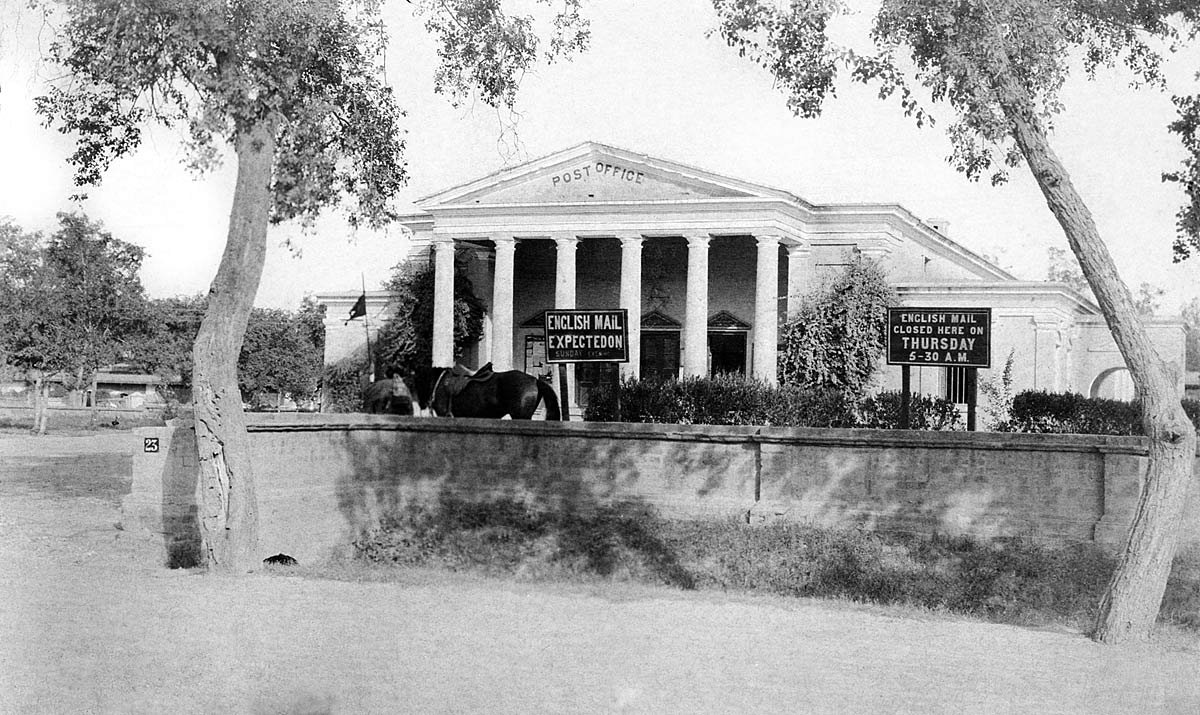 An early real photo postcard of a post office with signs indicating the schedule for mail coming from England. Sir Malcolm Darling wrote about the importance of this mail when he was a young I.C.S. officer in Rajanpur, southern Punjab (he is quoting from his letters/diary in 1905):

"There was also one great moment every week when Ghulan would stagger in with an armful of letters, newspapers, and books. The English mail had arrived, and how romantic was its journeying! 'Think (I wrote) of the slender rotundity of your pillar box, the mail cart tearing down the street, the train, the hold of a steamer, the heat of the Red Sea, the 1200 miles up country, the ferrying across the Indus (now in flood); then the tonga, and last of all (when I am on tour) the camel's back–surely a fine pen-north, and tonight it arrived in a whirlwind, one the very wings of the storm.'" Apprentice to Power India 1904-1908, 1966, p. 66).