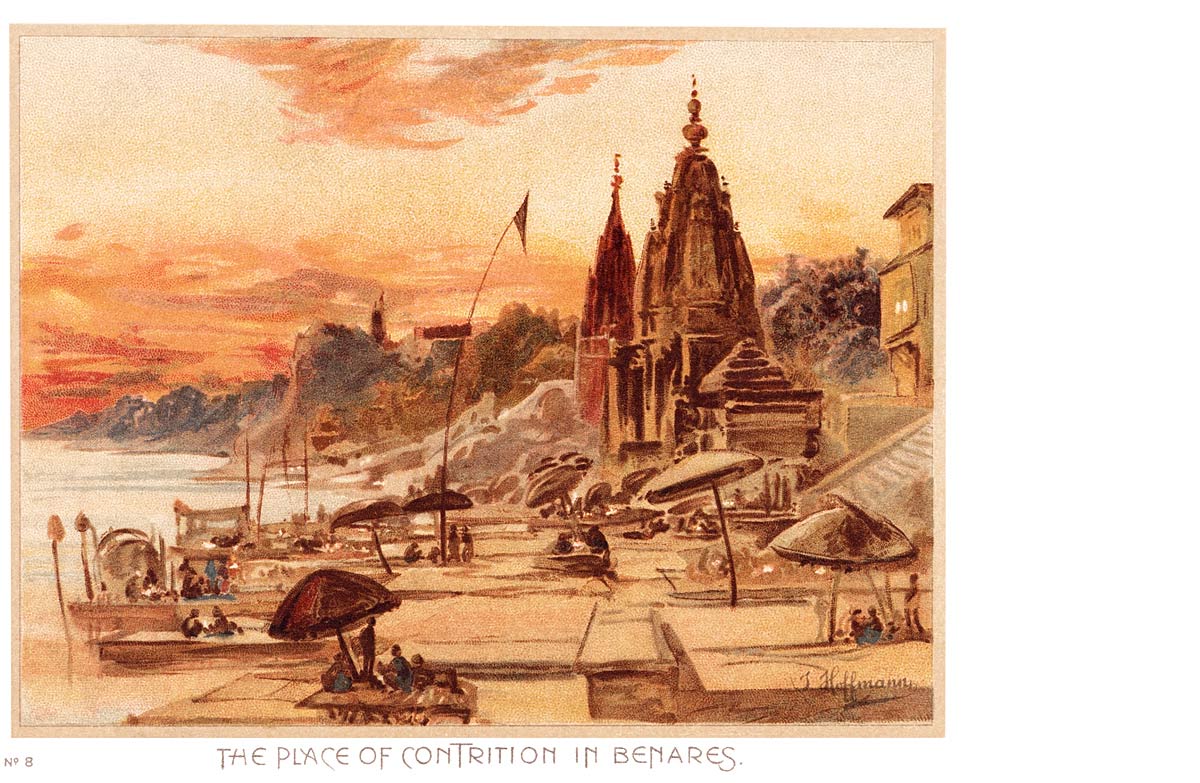 The Place of Contrition in Benares

One of the most famous ghats in Varanasi.

This card, originally published by the Austrian firm of Josef Heim in Vienna in 1898 was re-published in this version by Thacker & Co. in Bombay, one of the leading Raj department stores. In the late 1890s, gorgeous representations of sunsets were one axes along which printing presses competed to show their skills. Note that this card was imprinted by the retailer and publisher Thacker & Co. in Mumbai and Kolkata, testifying to how quickly the trade in postcards became global (they were advertising their own specialty India chromolithograph cards as early as 1901, and Josef Heim was a relatively modest Viennese postcard publisher).

Postmarked 24 Jan 1901 in Bombay and sent to [Verso] "Dr. Edward Goodspeed, University of Chicago, Chicago, Illinois, United States of America. 28th January 1901. Dear Goodspeed, Here is one to add to the collection of your nephew which you were making when you were last together. Wish it best wishes for his father and for your father and yourself. Sincerely yours, Als. Stratton [sp?]."