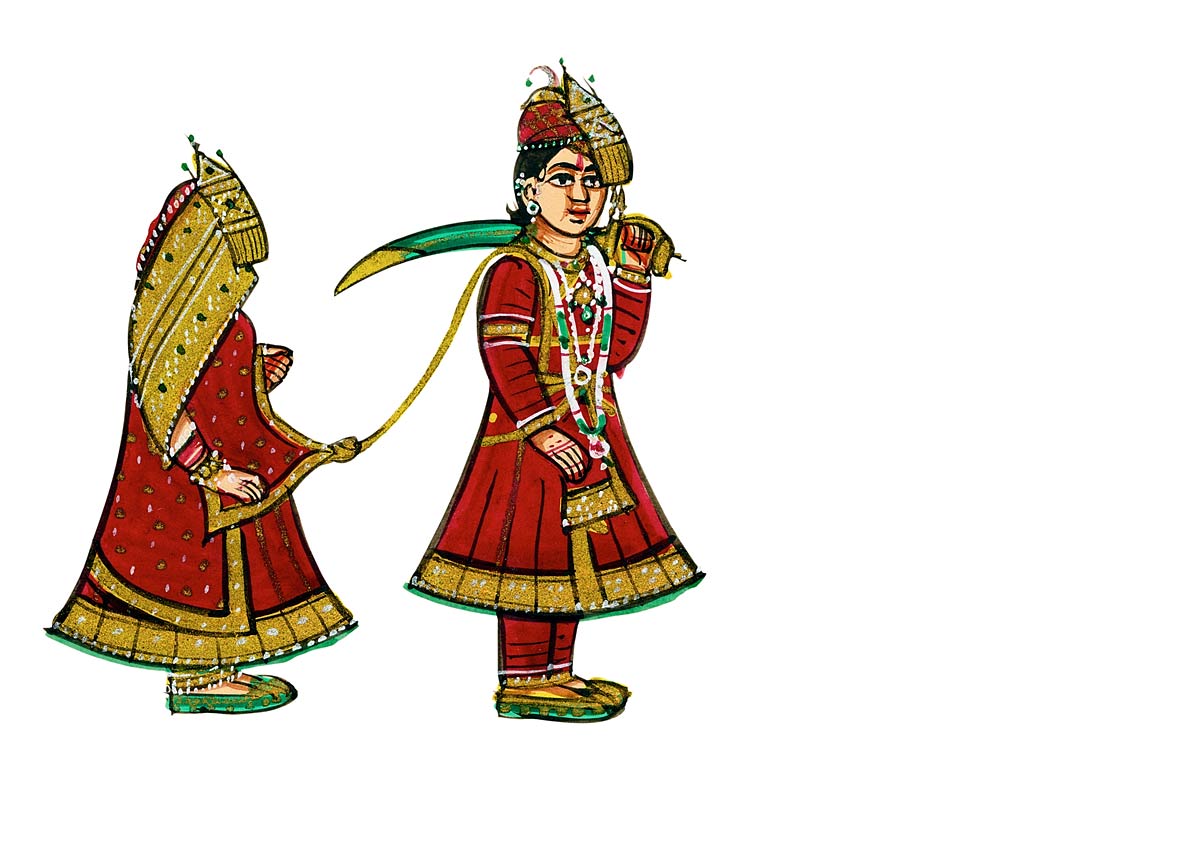 Some of the most beautiful and rarest early postcards of India are hand-painted, often with penciled titles and the simply printed word "post card" on the back. One has even been found in Princess (later Queen) Mary's postcard album from her and the Prince of Wales visit to India in 1905-06. Occasionally one is mailed abroad, but most found their way into albums. Note how delicately the colors are applied, and while these cards may have retailed for more than the 1 anna or so cards were often sold for, they were made possible by the low wages skilled artisans actually received for their labor. The Chinese had a similar tradition of hand-painted card, in their case also using old stamps cut up into collages and used for some parts of the image. These cards seem primarily to have been made in Bombay.