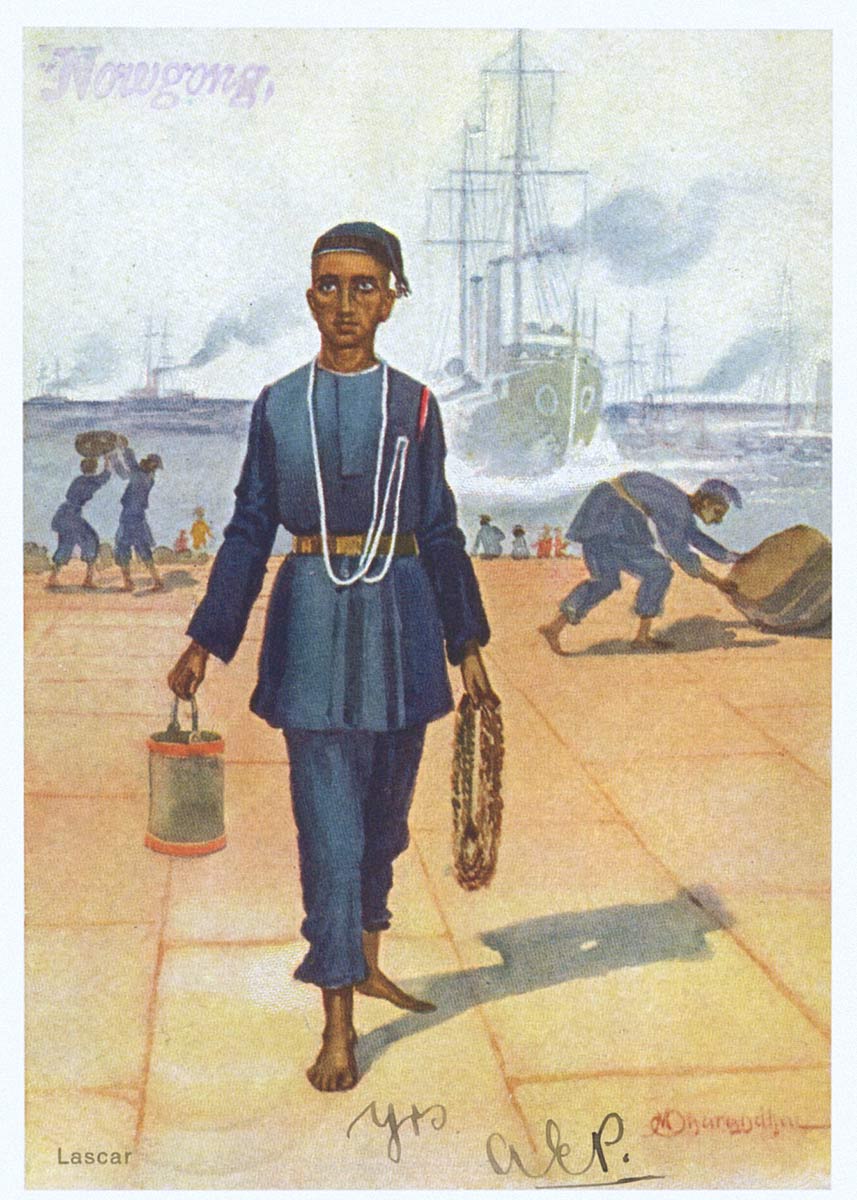 Lascars were sailors, mostly from the subcontinent, serving on European ships that sailed the world and who spoke their own multinational tongue, "Lascari." Throughout the 16th through 19th centuries many landed in Britain and America, with a few brave ones jumping ship at port and becoming some of the first immigrants to those countries. Their story in the United States is told well in Bengali Harlem and the Lost Histories of South Asian America by Vivek Bald (Harvard, 2013).