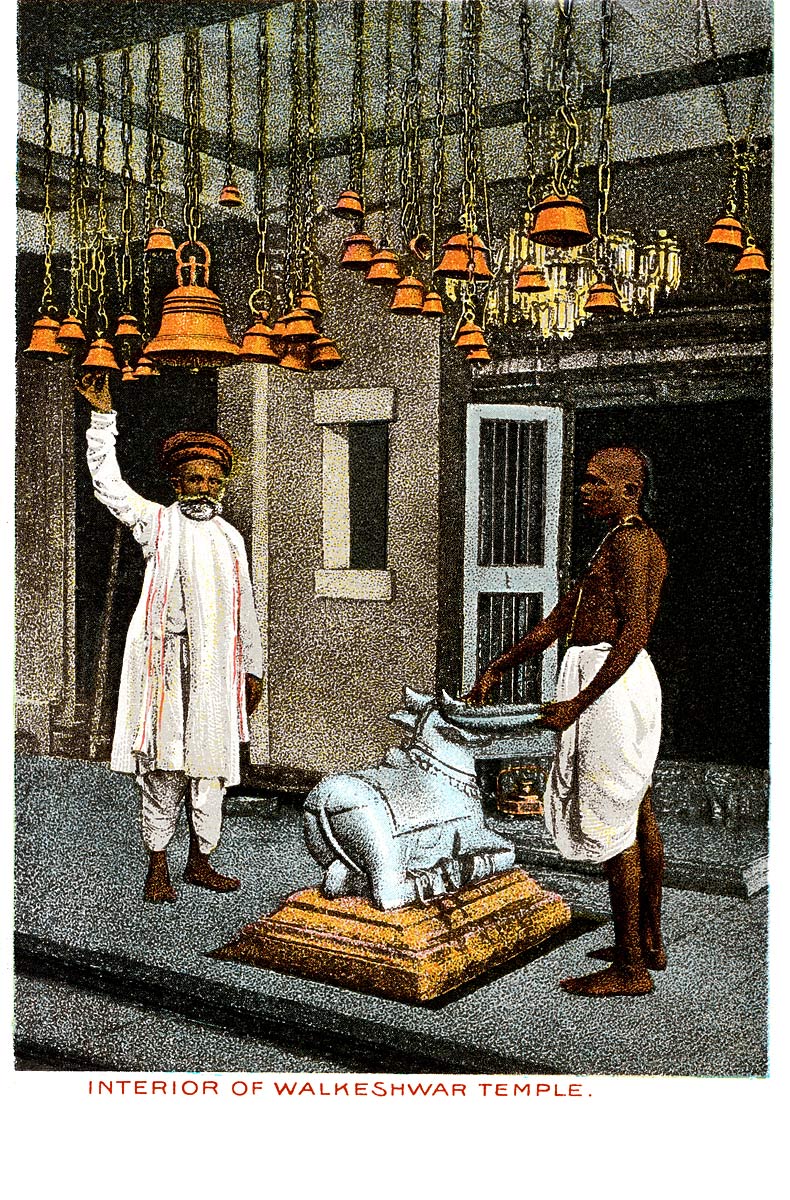 This temple dedicated to the Hindu god Shiva in Mumbai is shown on an unusual lithographic postcard from roughly 1905. Lithographs were rarely produced by this time, having dominated early postcard production before 1900. The series this postcard was part of included images from all over India, including some from and around Hyderabad (Deccan) that can be attributed to Lala Deen Dayal photographs, but there is no record of the firm having published postcards.