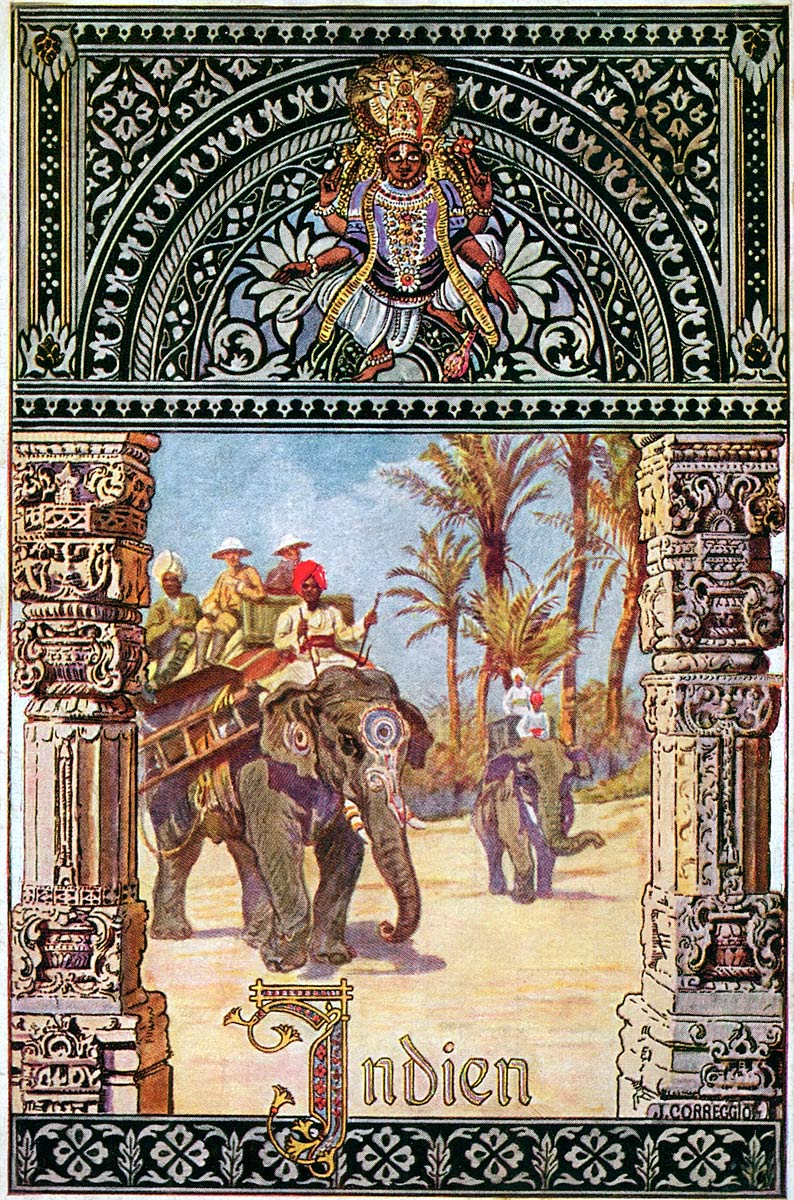 [Verso] In Commemoration of the Visit of the German Crown Prince to East Asia 1910-1911 [end]. A spectacular postcard published in honor of the German Crown Prince Ferdinand's visit to India. The frame, the marching elephants are brought together with magnificent design effect. On the back is a photograph of the German heir, just across a stamp with a profile of the British monarch, his cousin. The two men were on the brink of stumbling into World War I (1914-1918).