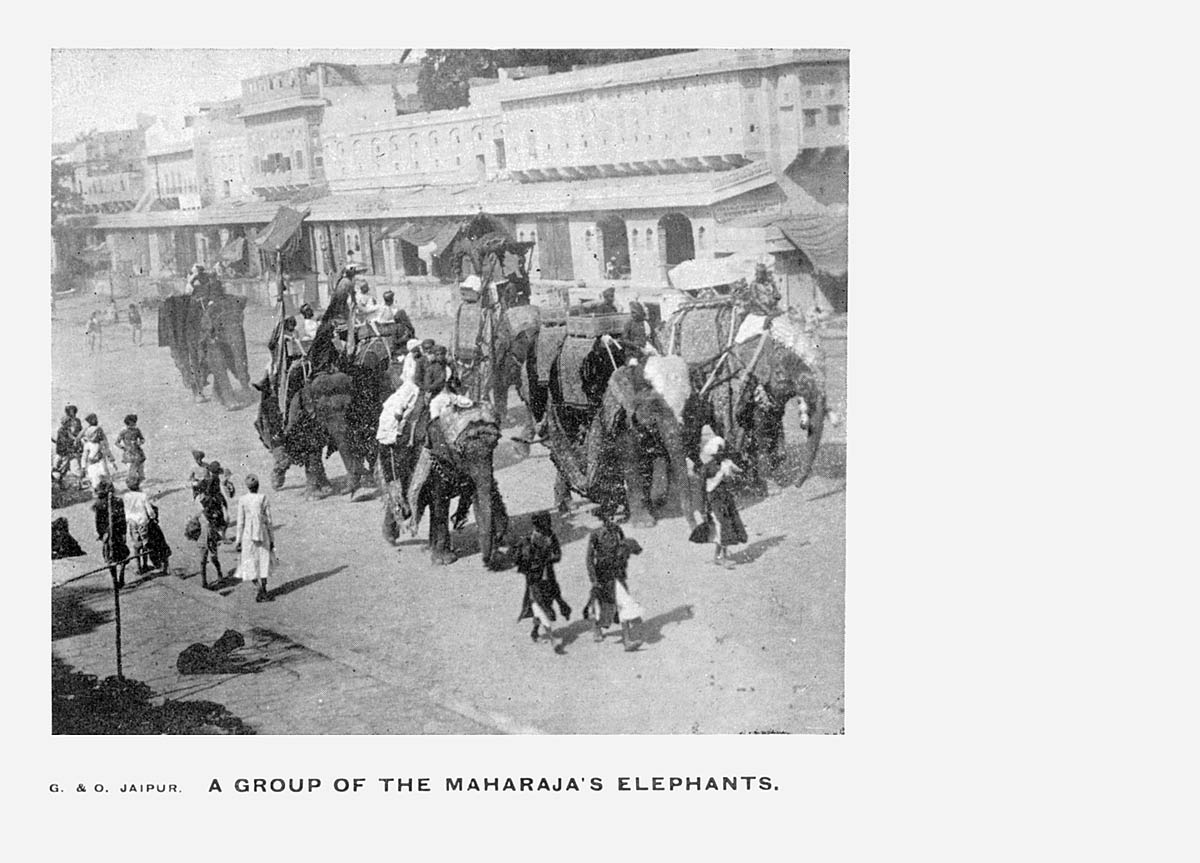 A Group of the Maharaja's Elephants

One of the earliest Gobindram Oodeyram postcards, still "court-sized" from a period before the British postal service officially allowed for the larger European standard, two centimeters more in length (14 by 9 cm, though cards of this size circulated quite freely in India and Britain before 1902 as well). Unlike a number of other of the early cards in this series, it does not feature a ruler of one of Rajasthan's Princely states, or a nautch girl, but elephants belonging to the Maharajah of Jaipur.