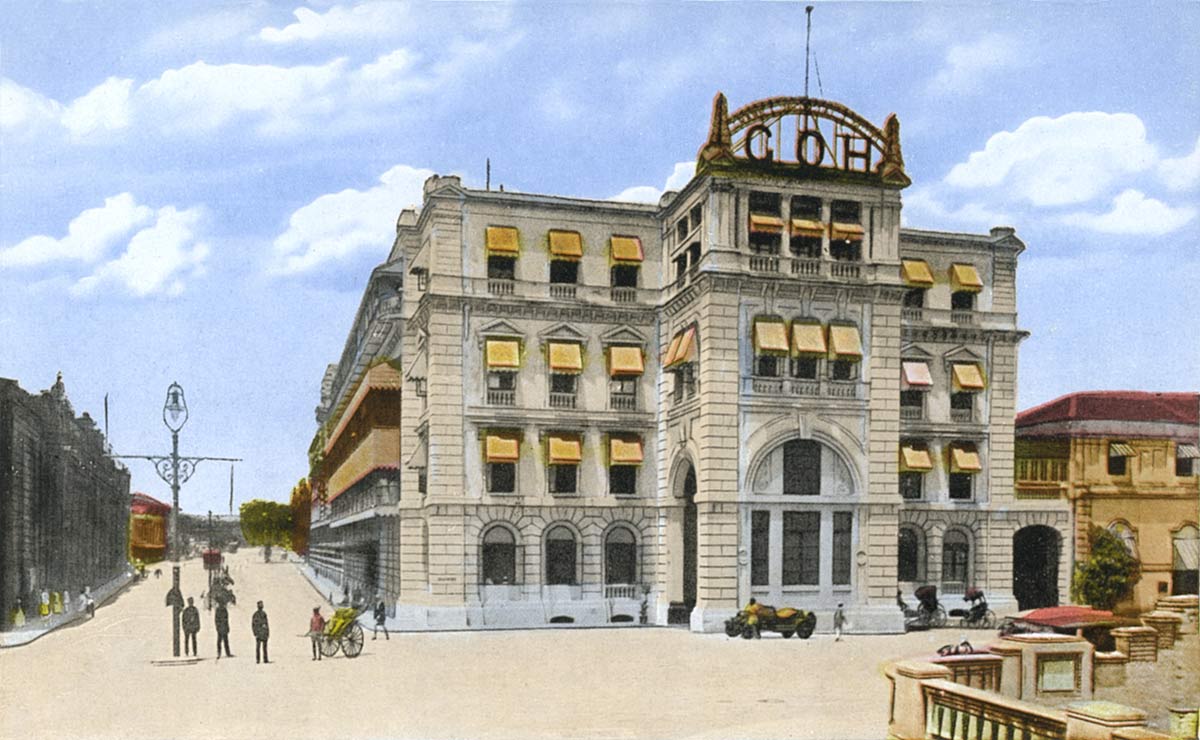 The Grand Orient Hotel is located on the waterfront in the Fort area of Colombo. The GOH (note initials at top of the building) as it is commonly known, was built in 1837 for British soldiers. In 1875 it was converted into a hotel. The hotel was also known as the "Taprobane" and was extremely popular among ship passengers and local residents for its ballroom dancing and luxury. Furniture and crockery from the hotel became style and fashion items. Today the hotel continues to flourish after renovations in the 1990s. The many fine hotels in Colombo reflect the city's popularity as a transit port during the 19th and early 20th century among passengers going to Far East Asia from Europe.