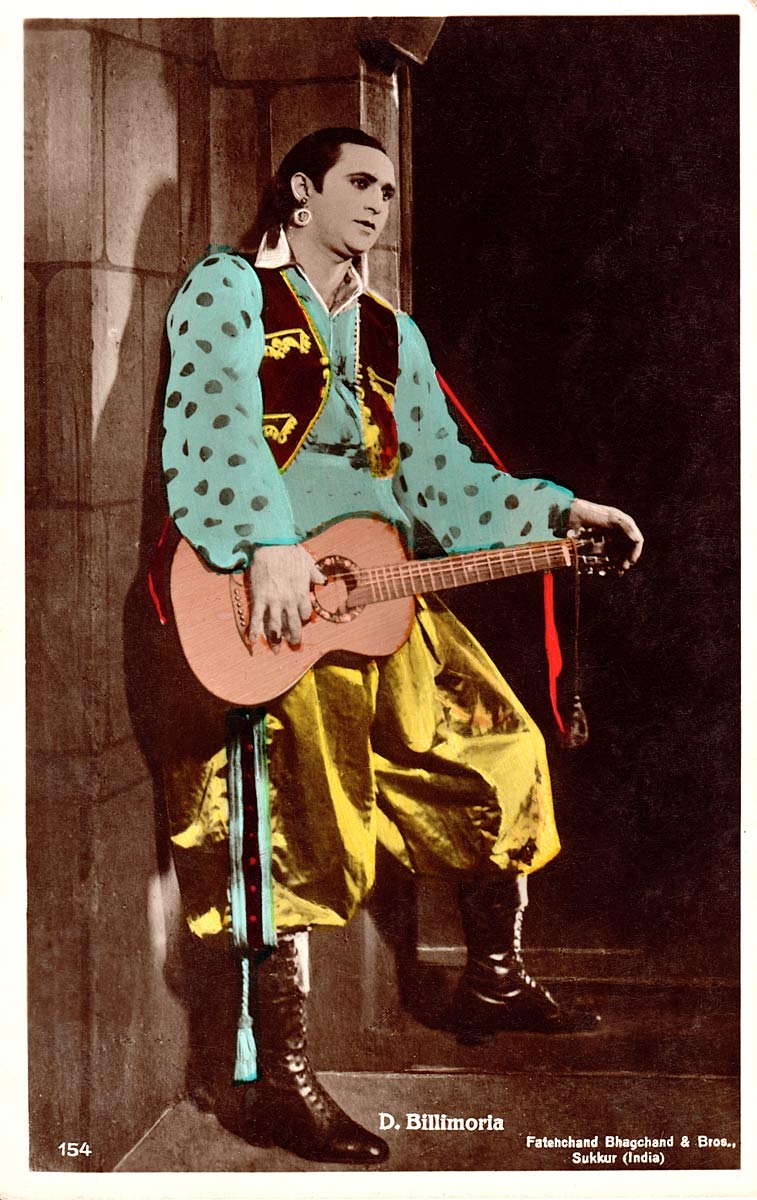 Dinshaw Billimoria (1904-1942) was one of India's most famous silent film actors, and became best known for his success in R. S. Choudhury's Anarkali (1928). He made the transition to sound films successfully in the early 1930s, but died at the age of 38. A Parsee, he was a popular romantic lead often paired with Sulochana, the stage name of Ruby Myers, a Jewish Eurasian early Bollywood star.

There may not be many great filmi postcards from the silent, which often are less expensive halftones. Two firms in Sukkur, Sindh however, Fatehchand Bhagchand & Bros. and Nanumal Riayatmal & Co. seem to have published exceptional postcards like this hand-tinted real photo postcard.