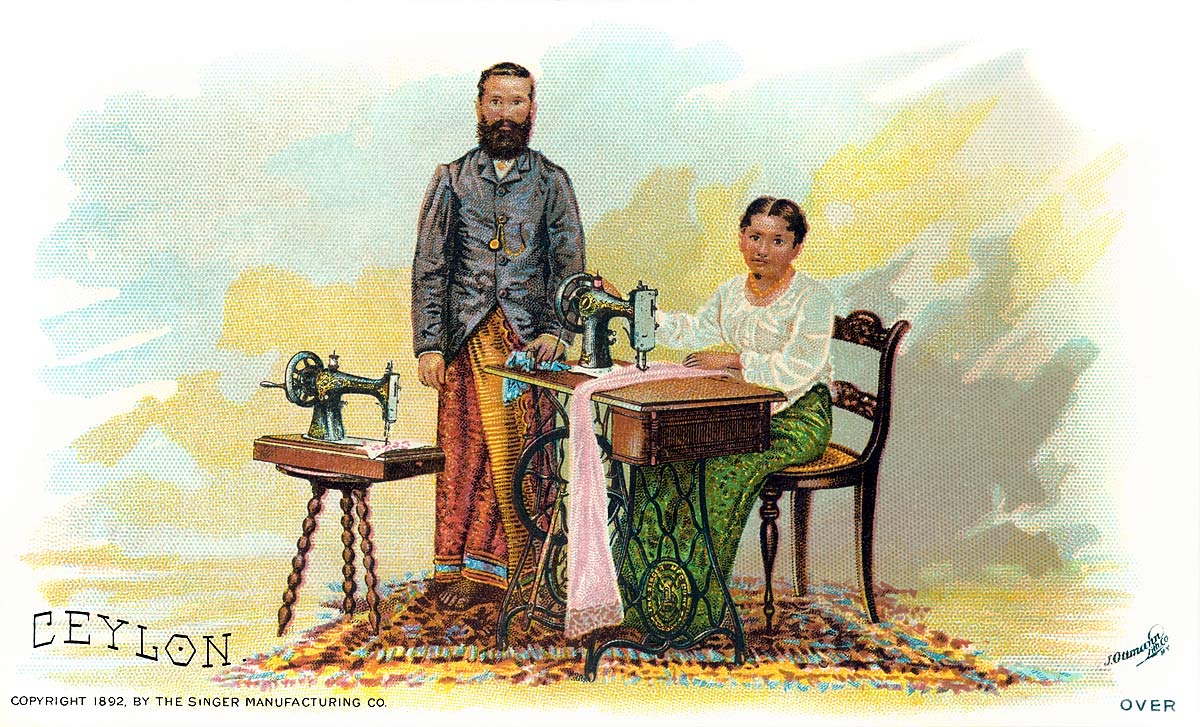 A Singer Manufacturing Co. advertising card made in connection with the World Columbia Exhibition in 1893.

[Verso, Original caption] “There is a picturesque island in the Indian Ocean, separated from Peninsular India by the Gulf of Manaar. It is 271 miles long by 187 wide, is
a Crown colony of Great Britain and entirely independent of British India. Its capital city is Colombo. The dominant race is the Singhalese, who are genuine Buddhists and very tenacious of their castes. There are also many natives of Arabic descent, besides the Portuguese, Dutch and English. Our photo, taken on the spot, represents the Singer Manufacturing Company’s employees in their national costume. The Company have offices in all the principal cities, and sell a large number of machines.” [end]