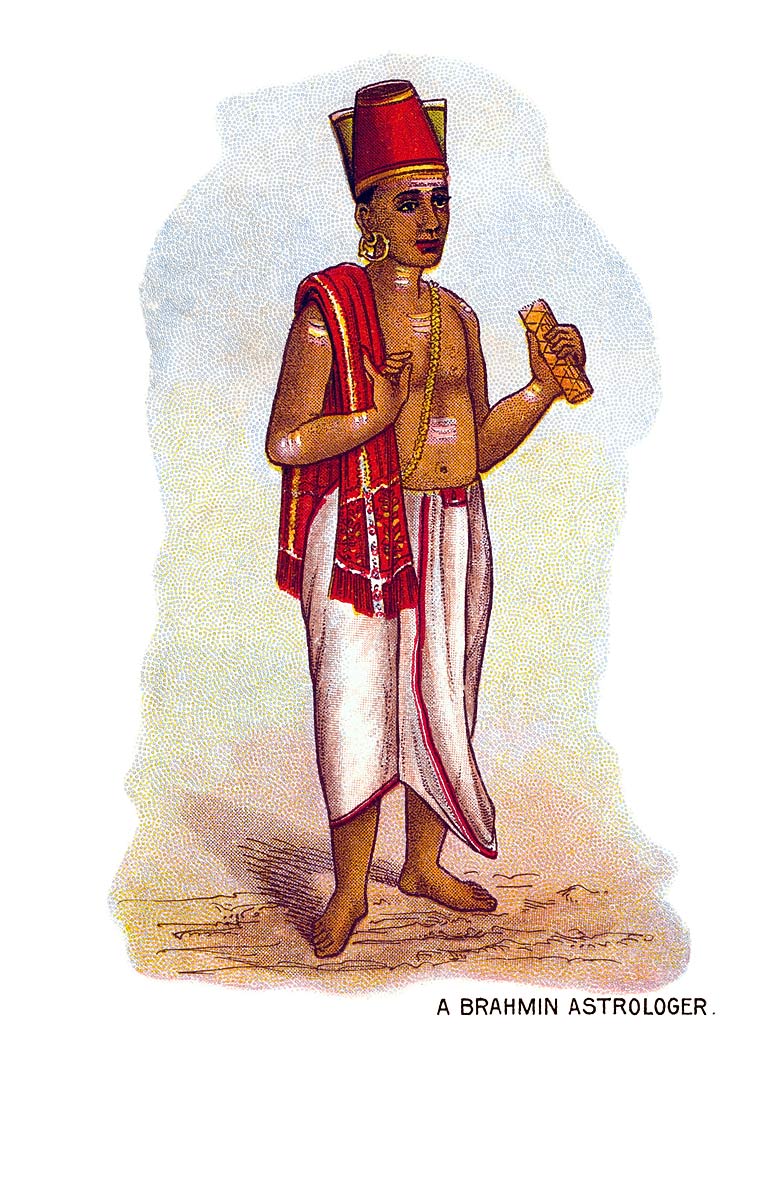 Taraporevala & Sons was the premiere Bombay bookstore and publisher, stock full of 19th century illustrated magazines and images eagerly bought and saved in trunks by artists like Ravi Varma as inspiration. They were also early postcard publishers and dealers. They would have competed with a series like this with postcards M.V. Dhurandhar and The Ravi Varma Press. Unusually, the card was printed in Holland [Netherlands]. It is also a lithograph, which by around 1905 was falling out of favour for its expense. The cards feature similar profile or half-profiles of A Mountebank, money lender, beggar and brahmin, and while it is hard to be sure, the artist was probably Indian as the portrait style seems to reflect the elegant simplicity of company painting and bazaar styles.