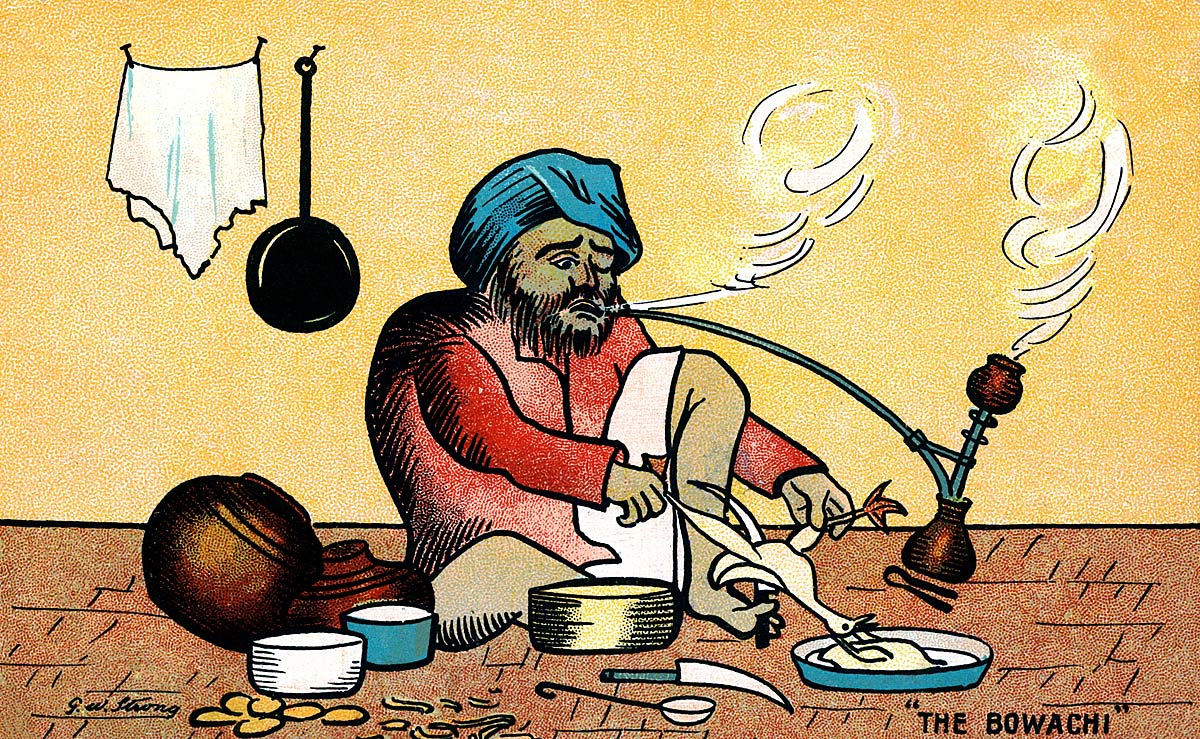 One of Moorli Dhur's series on Indian domestic staff shows a cook cutting a bird with a knife between his toes while smoking a hookah. Many publishers – Johnston & Hoffman in Kolkata, Higginbothams in Chennai, Thacker, Spink & Co. in Kolkata – had similar sets, which allowed colonials to send back postcards that must have amused their friends and relatives back home. This one is signed - if it is a real name - by an Englishman, published by an Indian firm, and unusually a lithograph for this late in the postcard revolution. Note the elaborate evocation of hookah smoke with some sort of grey web in the top right.