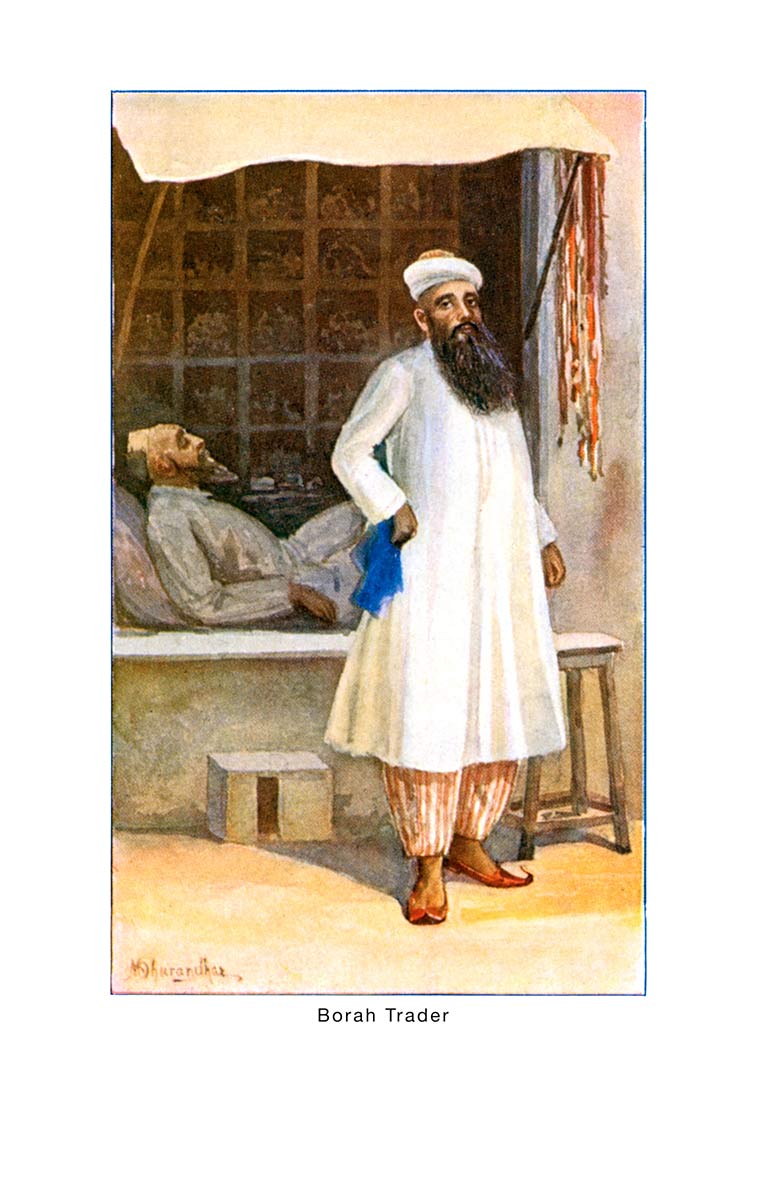 Bohras are Gujarati Muslims known as a business and trading community; they flourished in Bombay during the late 19th century and Karachi since Partition for example. This postcard by M.V. Dhurandhar shows a Bohra outside his Bombay stall while a brother or other relative reclines behind him. As usual Dhurandhar details are as accurate as one might expect from a man who would go around the city sketching its inhabitants: the khusas (shoes), the full beard, the hanging garlands, the box-step to enter the stall.