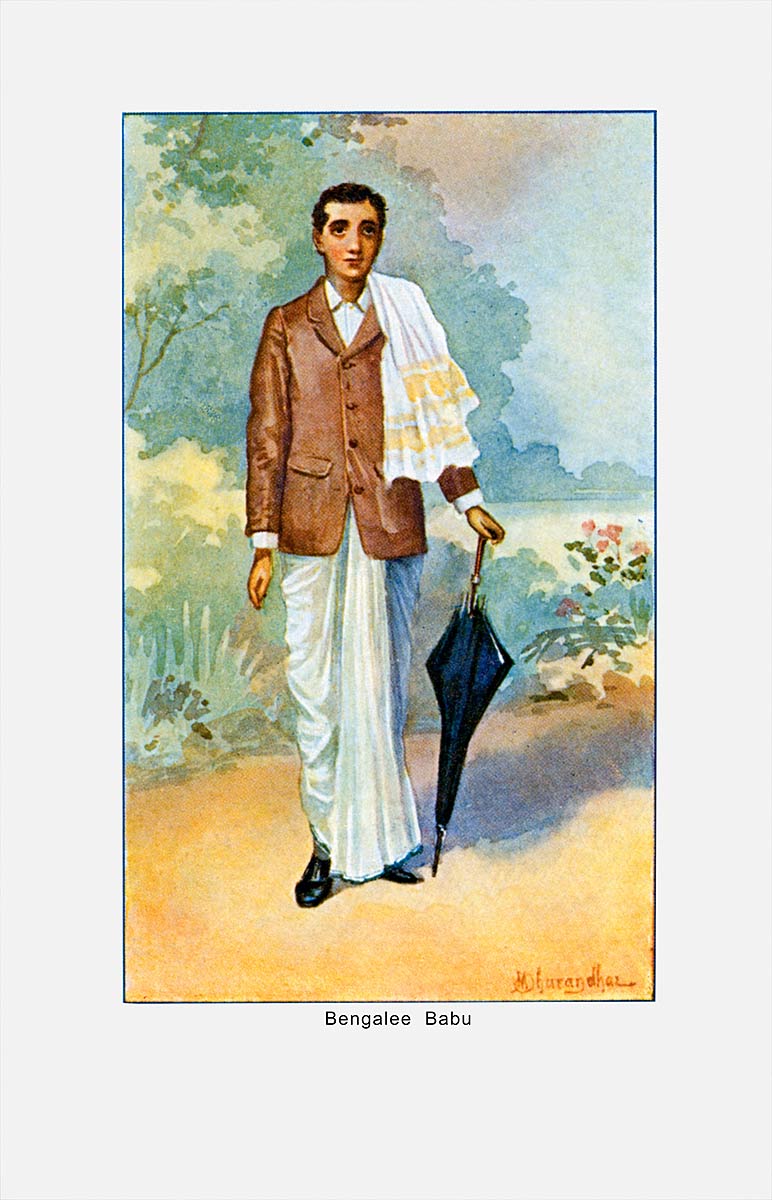 Another classic, empathetic Dhurandhar portrait that seems to capture well Hobson Jobson's (1903, p. 44) definition: "BABOO , s. Beng. and H. Bābū [Skt. vapra, 'a father']. Properly a term of respect attached to a name, like Master or Mr., and formerly in some parts of Hindustan applied to certain persons of distinction. Its application as a term of respect is now almost or altogether confined to Lower Bengal (though C. P. Brown states that it is also used in S. India for 'Sir, My lord, your Honour'). In Bengal and elsewhere, among Anglo-Indians, it is often used with a slight savour of disparagement, as characterizing a superficially cultivated, but too often effeminate, Bengali. And from the extensive employment of the class, to which the term was applied as a title, in the capacity of clerks in English offices, the word has come often to signify 'a native clerk who writes English."

Two of the earliest uses of the term given by the definition are particularly interesting:

"1873. -- 'The pliable, plastic, receptive Baboo of Bengal eagerly avails himself of this system (of English education) partly from a servile wish to please the Sahib logue, and partly from a desire to obtain a Government appointment.' -- Fraser's Mag., August, 209.