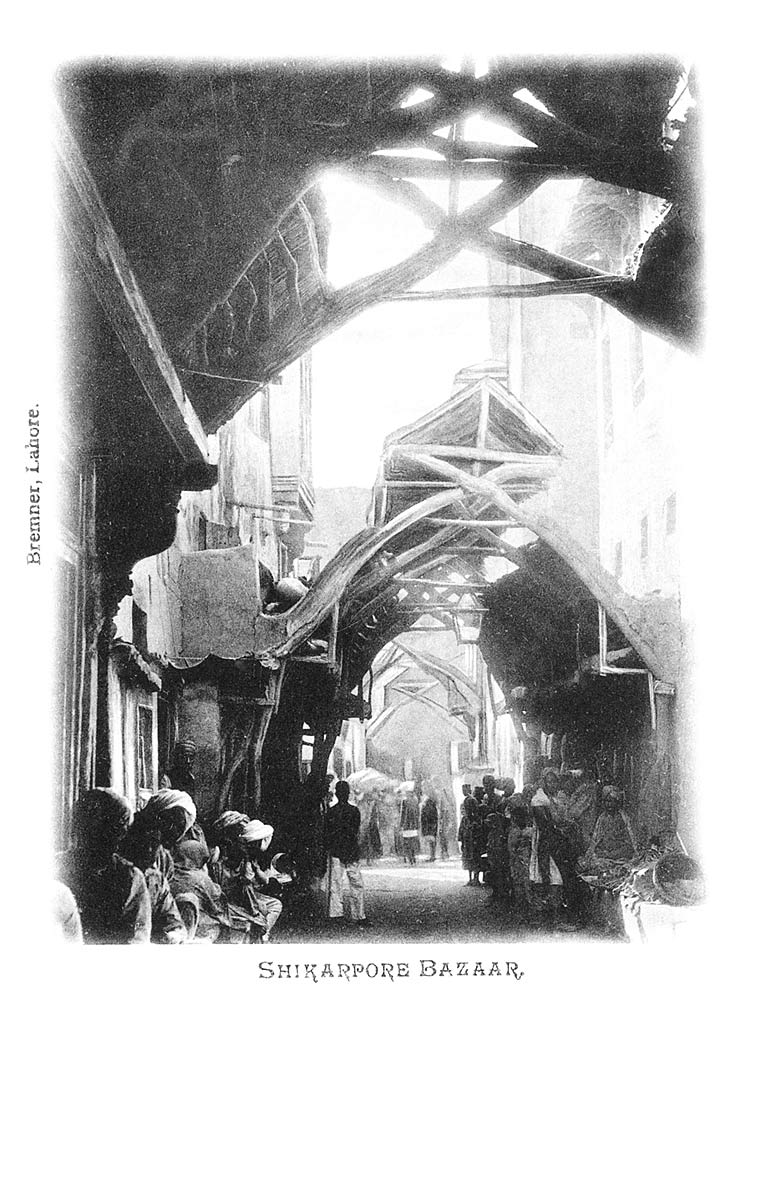 This striking image was also published in a 1924 issue of National Geographic magazine. Shikarpur is an ancient ancient trading city; its merchants have traded for centuries with different areas of Central Asia, Afghanistan and Iran. About 20 miles north of Sukkur on the Indus River, the largely Hindu trading community in Shikarpur built a system of commercial relations that brought many goods into the subcontinent through the Silk Route and enjoyed particularly close relations with merchants from their community in Kandahar, Afghanistan. They established a number of important educational institutions in Sindh. Today many parts of the ancient wooden bazaar and homes are being taken down, with the intricately carved wooden beams for sale in Karachi antique stores.