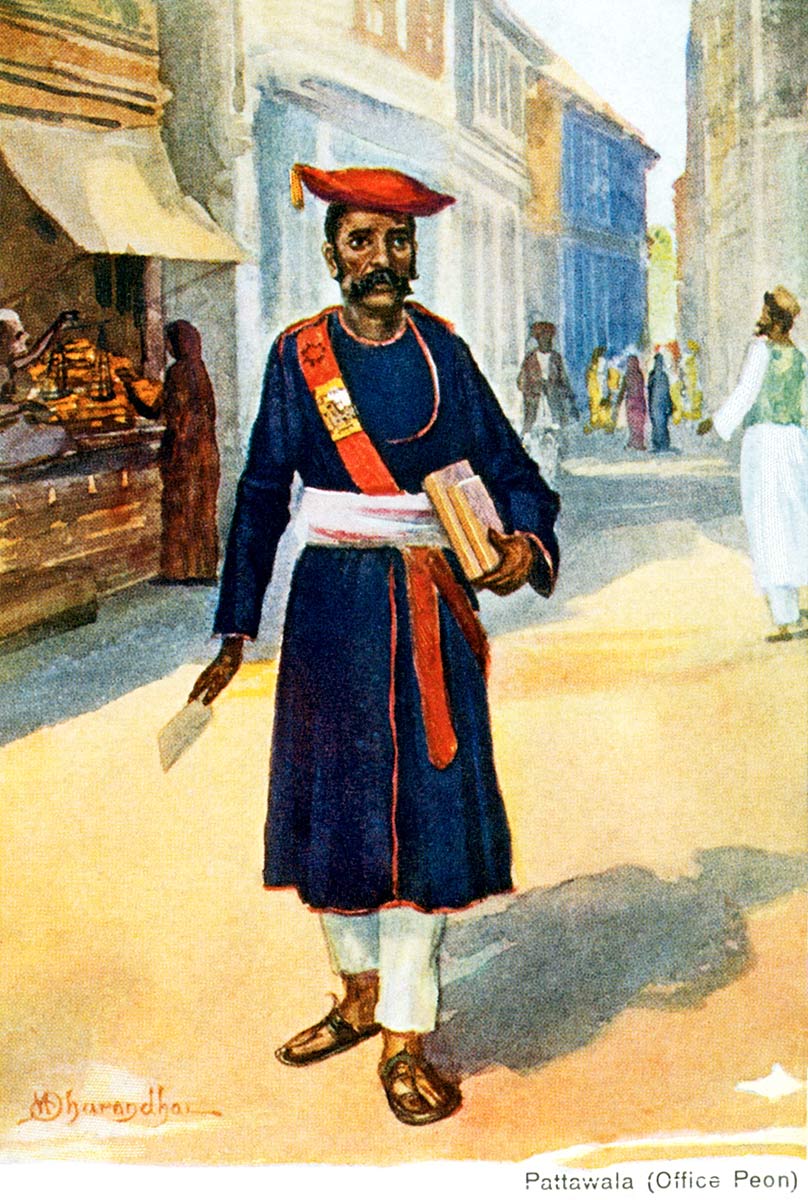 This image by the Indian painter M.V. Dhurandhar celebrates the rise of a new type of worker in early Mumbai - the peon who worked for a business owner or manager and would ultimately gather some authority by controlling access to his boss. Here he is striding out of the bazaar like a prince carrying with him the instruments of modernity. The English "peon" is derived from the Spanish peon, meaning someone with little authority who executes menial tasks.