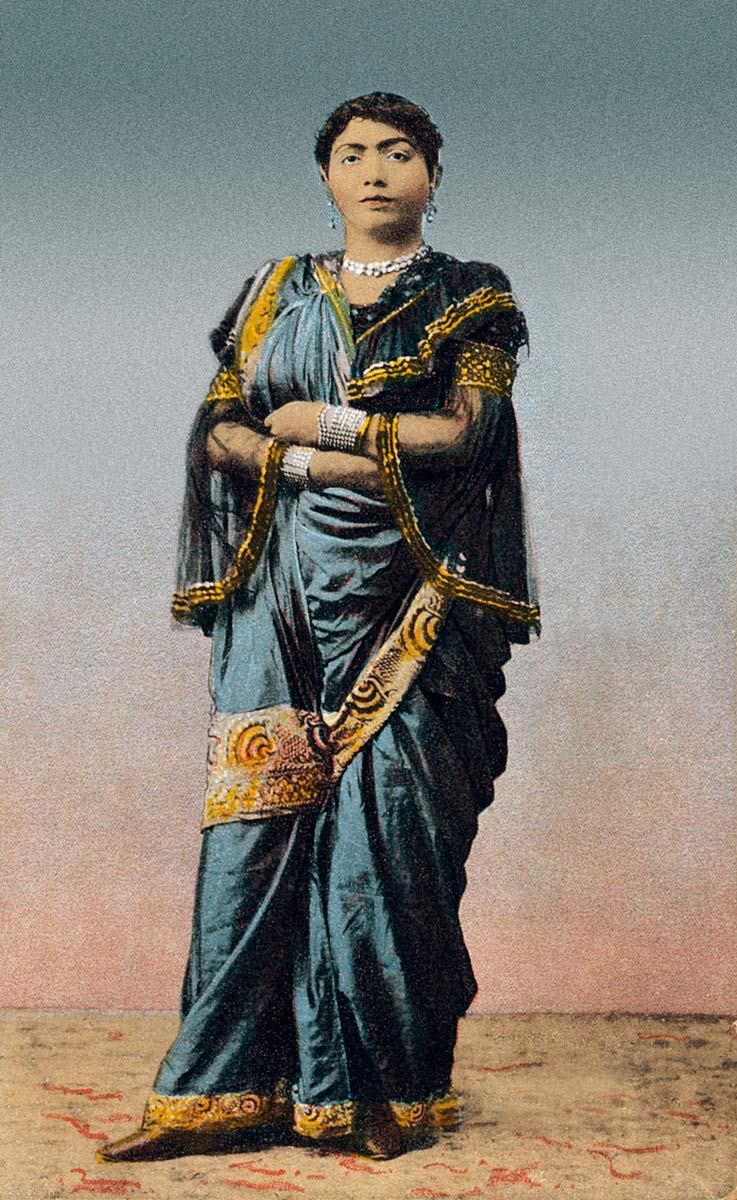 The former Angelina Yeoward (1873-1930) became one of the most famous singers in India, and one of its first gramophone-recorded artists. Her records were among the most popular between 1910 and 1920. She was also a postcard phenomenon: not only were postcards of Gohar Jan very popular, other singers were sometimes referred to on postcards as the "Gohar Jan" of their town or city.