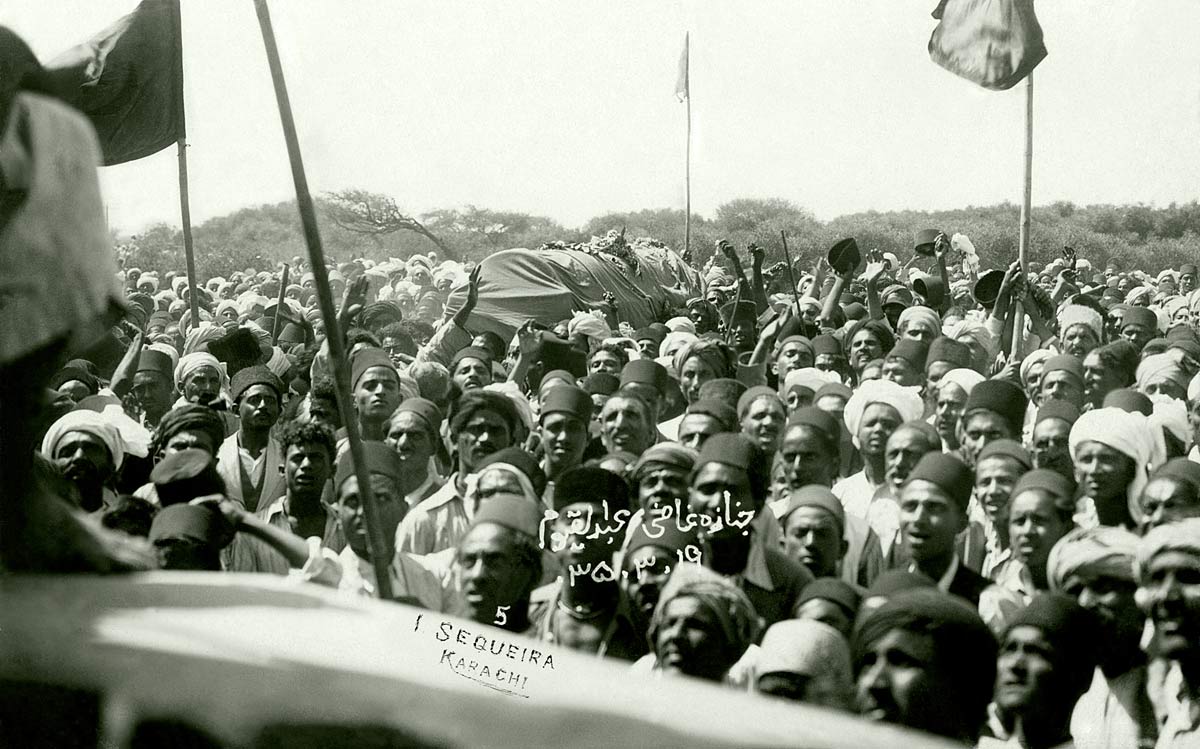 A remarkable postcard taken within a crowd; this one directly captures the growing religious tension between Hindus and Muslims in pre-partition Karachi. Handwritten on the back of this card dated March 19, 1935 is this note: "Part of the crowd at the graveyard after digging up the body of Abdul Qayum the murderer who was hung at 4 a.m. They are here preparing to take the body in procession through Karachi city. The mob swelled to 20,000 by the time it reached Chakawara at which place the shooting took place. Abdul Qayum was sentenced to death for murdering a Hindu in Karachi Police Court."

Abdul Qayum killed Nathurmal Sharma for publishing what he said was an offensive booklet on Islam. His defence lawyer used Koranic injunctions to justify Qayum’s actions. I. Sequiera was a noted Christian Karachi photographer. The Urdu caption suggests the card was made for local Muslim customers, and was part of a larger series.