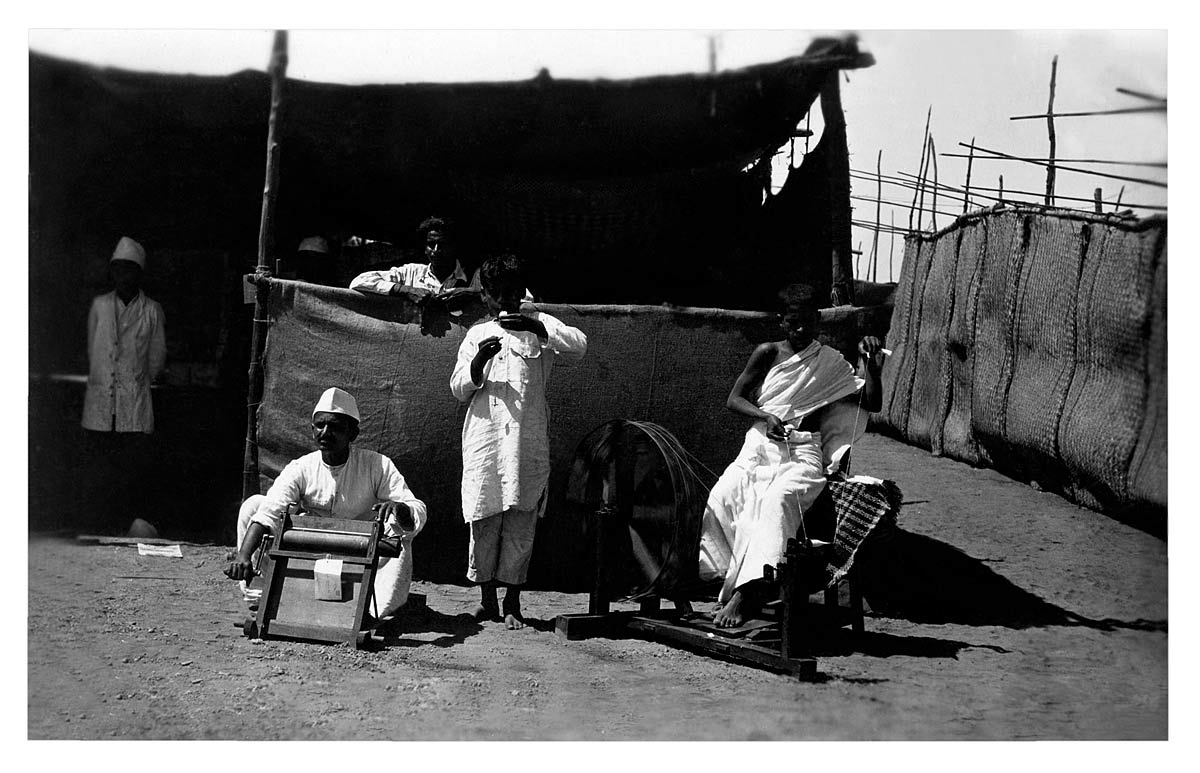 "Congress Weavers" as handwritten on the back is a rare postcard of the Indian National Congress party's national convention in Karachi held at the end of March 1931, a few days after the execution of Bhaghat Singh. It was here that Congress adopted its "Swaraj" ("self rule") resolution for full political and economic freedom, the foundations of the future Indian state. Johnny Postcards, the firm that made this postcard was better known as one of the prime postcard publishers in the cantonment area and worked for the British army, but some sense of the firm's owner, Janki Das' sympathies, could be inferred from an informal postcard series he made of the convention.