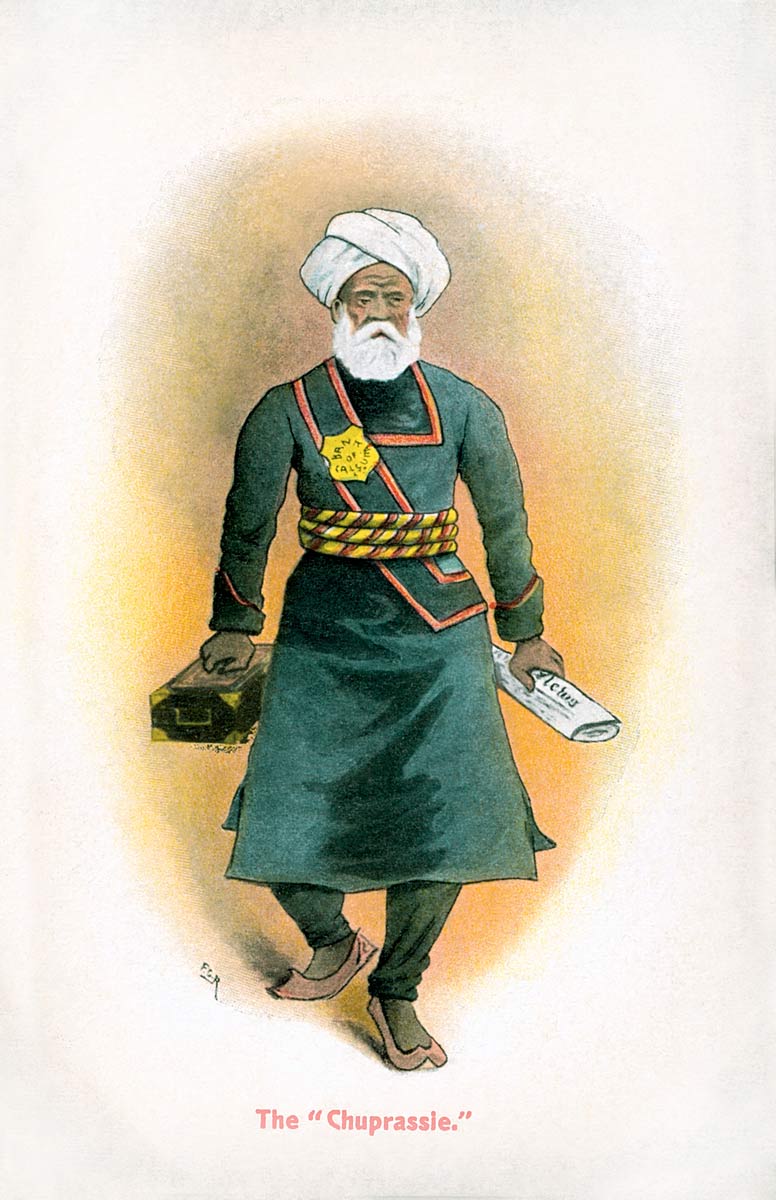 Hobson-Jobson's, the famous dictionary of Anglo-Indian terms, defines Chuprassy as "the bearer of a chapras, i.e. a badge-plate inscribed with the name of the office to which the bearer is attached. The chaprasi is an office-messenger, or henchman, bearing such a badge on a cloth or leather belt. The term belongs to the Bengal Presidency. In Madras Peon is the usual term; in Bombay Puttywala, (H. pattiwala), or "man of the belt." The etymology of chapras is obscure; [the popular account is that it is a corr. of P.[ortuguese] chap-o-rast, 'left and right']; but see Beames (Comp. Gram. i. 212), who gives buckle as the original meaning" (1903/1994, p. 220).

The badge on this chuprassie reads "Bank of Calcutta."