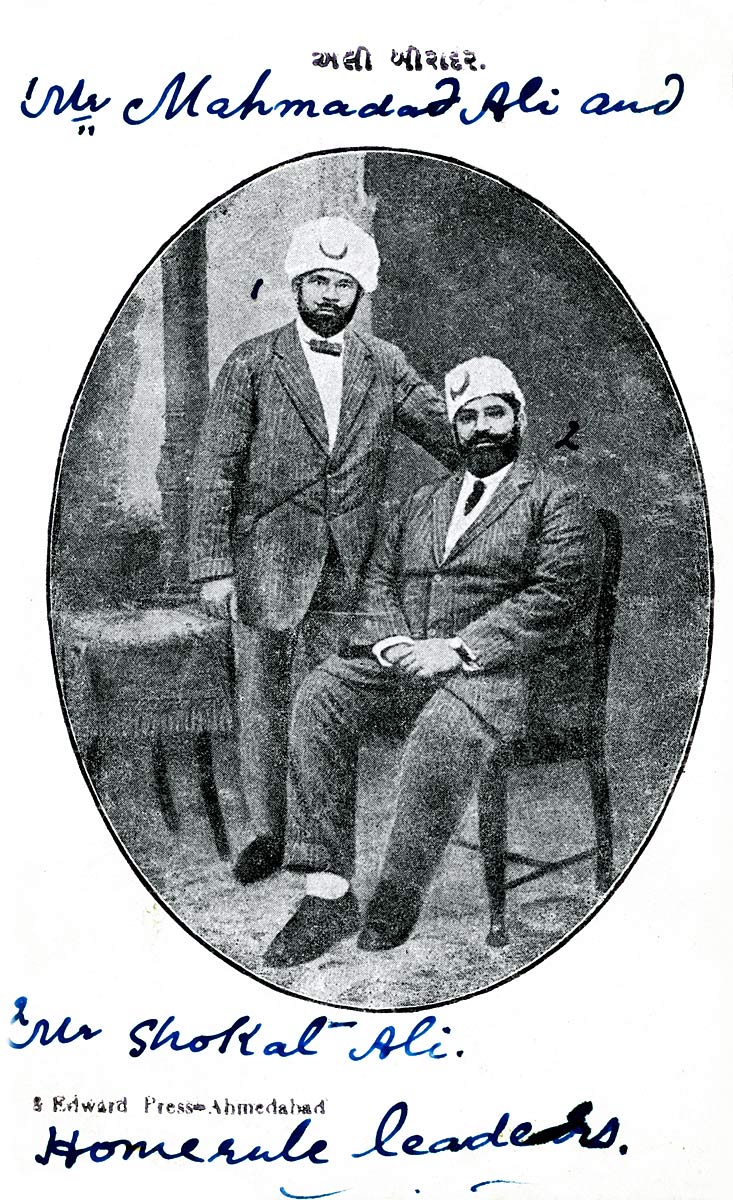 This card, with the handwritten title "Mr. Mahamad Ali and Mr. Shaukat Ali, Homerule leaders" was sent by B. Bhorey in Baroda to "Mrs. A.G. Strong Esq., Professor of Household Arts, Olaga University, Dunedin, New Zealand." By the late teens, postcards in support of freedom fighters and the nascent Independence movement were being published by Indian printers all over the subcontinent; they were used domestically, but also, as with this card, to spread the message abroad, an inversion of the initial use of postcards as tourist or exoticizing medium.

Mohammed Ali (1878-1931) was an Oxford-educated writer and orator who became President of the Indian National Congress in 1923, after merging his Khilafat Movement with Gandhi's First Non-Cooperation Movement. He and his brother spent many years in jail during the 1920s.